Twenty-six years ago, the bright red flag of the Soviet Union, emblazoned with a yellow star above a hammer and sickle, was lowered for the last time over the Kremlin. At 7:32 pm that day in 1991, the 15 constituent republics went their separate ways.

This was the end of the Cold War; and many in the West declared that the United States had now emerged as the undisputed superpower of the world.

But in Moscow, capital of the newly named Russian Federation, nostalgia for the past accompanied anger. And one man in particular, Vladimir Putin, was seething. Soon he was on decade-long path to restore the glory that was, to protect the Russian motherland and to create a buffer to protect his country from the United States. Putin consolidated power as president of the new Russia in January 2000. His goals and his world view did not waver.

"The breakup of the Soviet Union was the greatest geopolitical tragedy of the 20th century."

—Vladimir Putin, in a 2005 state of the nation address to the Russian parliament

Under Putin, the former bastion of communism slowly but steadily has seen a resurgence in military and economic prowess, giving weight its geopolitical ambitions. In the countries of the former Soviet Union and Eastern Bloc, Putin’s ambitions evoke fears for the future.

Nowhere are these fears more obvious than the states that once were controlled or fell under the influence of the former USSR. These qualms were further exacerbated by the Russo-Georgian conflict in 2008, where Russia militarily backed the Georgian regions of South Ossetia and Abkhazia in their claims to independence.

Unrest started in the region again in 2014, this time in Ukraine, which resulted in the annexation of Crimea.

Meanwhile, the United States has been providing economic and military assistance to these states to counter any Russian geopolitical aims. This has proved to be increasingly difficult for various reasons.

For one, most of these states have intricately linked economies, road networks and even power grids that make them dependent on each other. Many are dependent on Russia for their energy needs.

Another reason is that a sizeable percentage of the population in some of these states speaks Russian, making them susceptible to Russian propaganda, of which there is no short supply.

But most importantly, none of these states can match Russia’s military prowess and must rely on NATO for deterrence. That is the dilemma: NATO can only act as a deterrence. If there were to be a full-scale war in any of these states, in the short term, they could be easily overrun by Russian forces. After that -- who knows? Past Russian occupations lasted for decades at a time.

The most important assurance these states have had for maintaining their freedom has been continued support from the US. But the rhetoric and signals coming out of the White House have raised significant questions about President Trump’s commitment to NATO and to its guarantees against external aggression. Meanwhile, tensions between the U.S. and Russia over a wide range of issues are as high as they have ever been in the post-Cold War era.

Our correspondents set out to test the temperatures in several of these former USSR-dependent states. They spoke to politicians, activists, pundits, researchers, students, and citizens about the recent developments. Here is what they had to say. 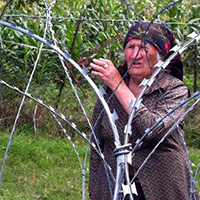 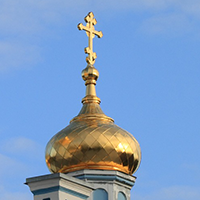 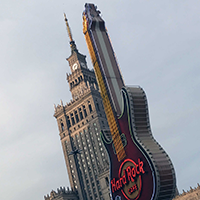