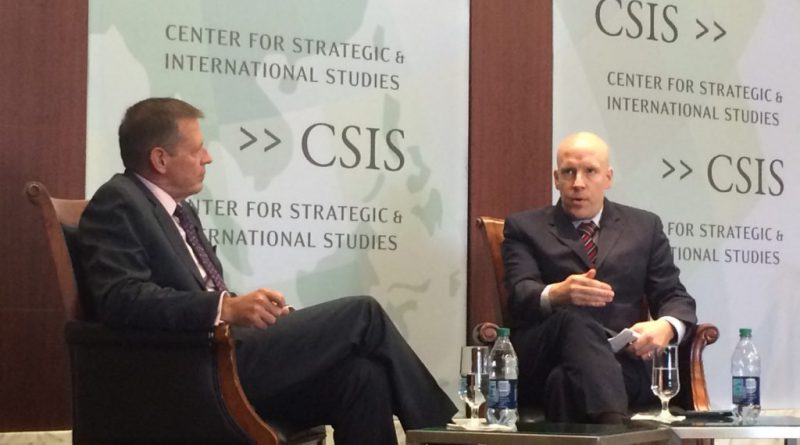 WASHINGTON — The next president must build on the increased cooperation between the U.S. and India during the Obama administration to ensure the U.S. retains international support for its efforts in Afghanistan and other conflicts, a top National Security Council official said Wednesday.

Peter Lavoy, National Security Council senior director for South Asia, said progress in U.S.-India security cooperation can be seen in India’s over $2 billion contribution to stability efforts for the government in Afghanistan.

“The U.S. India partnership has come a long way in the last eight years, but I believe the best years are still to come,” Lavoy said in a speech at the Center for Strategic and International Studies.

In 2012, the Obama administration and India started the U.S.-India Defense Technology and Trade Initiative to increase the level of shared research, technology and defense trade.

The Center for Strategic and International Studies, in a report released Wednesday, offered recommendations on India-U.S. security relations for the next occupant of the White House.

Recommendations for the next president include:

According to John Schaus, an author of the study, increased defense cooperation should include further joint counterterrorism efforts and military cooperation.

Cooperation in Afghanistan runs up against tensions between India and Pakistan. The report outlines U.S. choices:

Lavoy agreed that the animosity between India and Pakistan is complicated to navigate, but the administration has not chosen sides.

“We don’t try to balance India-Pakistan,” he said. “In previous years, different U.S. governments have tried to balance these two. That is not the approach of this government.”

But Sarah Watson, another author of the report, said India and those skeptical of Pakistan’s intentions “think the U.S. has coddled Pakistan, and we (the United States) do continue to give Pakistan large amounts of money and weaponry.”

Watson said the winner of November’s election will have to act quickly if he or she wants to create new initiatives with India – the Indian election will be in 2019.