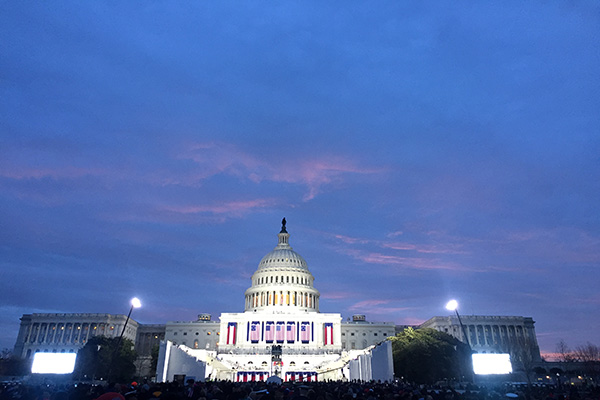 The voices that will do the most to discredit ISIS are voices from within Islam itself, experts say.

In addition to increasing its military presence in Syria, the U.S. should work with Muslim leaders in America and abroad to counter the influence of the Islamic State of Iraq and Syria, or

“Our efforts should be geared toward working with Muslim leaders here in the U.S. and Muslim-majority countries from Africa to the Gulf to Southeast Asia to counter ISIS’s narrative,” Jeremy Bash, a former chief of staff at the Defense Department and the Central Intelligence Agency, said during a hearing earlier this month.

Bash, now managing director of the consulting firm Beacon Global Strategies LLC, spoke alongside James Jeffrey, a fellow at The Washington Institute. The hearing, “The Plan to Defeat ISIS: Key Decisions and Considerations,” was organized by the panel’s chairman Sen. Bob Corker, a Republican from Tennessee.

“Military power is necessary to stopping ISIS by force, but it is insufficient for the broader effort to end the war in Syria or to conduct the global hunt for ISIS operatives,” he said.

Bash also criticized the Trump administration’s Muslim ban that has been temporarily blocked by U.S. courts but nevertheless stranded and caused headaches for numerous travelers from Muslim-majority countries.

“Given that Muslim families were separated, ISIS has been given a tailor-made message for its theme that America does not treat its own Muslim population on par with its Christian population,” he said.

Bash also opposed the idea of U.S. partnering with Russia to fight ISIS in Syria. While the two superpowers oppose ISIS operating in the country, they stand on opposites sides of the civil war there. Russia supports the regime of Bashar al-Assad, while the U.S. has backed opposition forces.

“Outsourcing to Russia the counter-ISIS effort in Syria is a dangerous idea that runs counter to fundamental American interests and values,” he said.

The Pentagon is reviewing its strategy in Syria and has floated the idea of sending in conventional ground troops. The U.S. military currently has about 5,000 troops in Iraq and about 500 in Syria, with most of the latter being special operations forces. U.S. commanders have said there is an urgent need to liberate Raqqa, the de facto capital of ISIS in Syria.

Bash also said the U.S. should continue to train and equip forces on the ground who can deny ISIS a safe haven.

“Training and equipping local forces are necessary tools to avoid U.S. casualties and ensure that counter-terrorist operations are not seen as U.S. efforts to impose a solution from afar or plunder their natural resources,” he said.