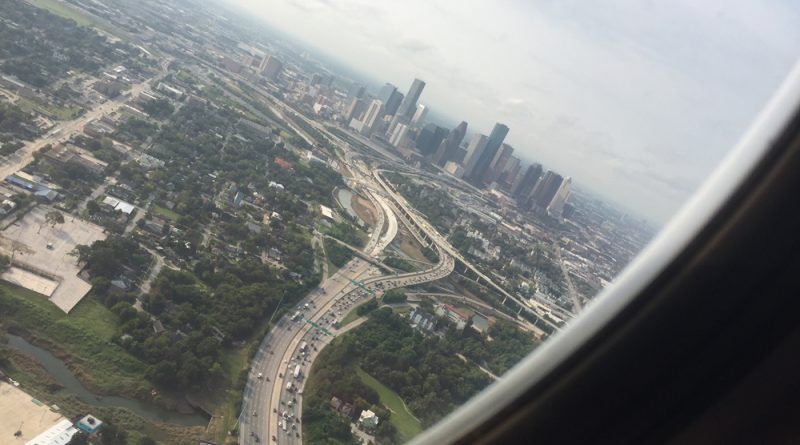 Also published in the Houston Chronicle

HEMPSTEAD, Texas – I arrived at Army National Guard headquarters in Hempstead, Texas, prepared for my final flight with the Guard members. I was going to join a hayride –– a hay drop for stranded and starving cattle that had been caught in the floodwaters outside Houston –– for an assignment with the Houston Chronicle. It had taken me eight hours of phone calls, texts and emails to set this piece up, and I was over the moon.

After arriving half an hour early, signing the four-page waiver and preparing to get on the Chinook CH-47 with 20 soldiers, my Public Affairs Officer (PAO) abruptly turned and said, “We’re going to get you on a different mission,” and literally ran off without another word.

I was not going to let it slip through my fingers.

From my home in New England, I had been eager to report on the relief efforts in Houston after Hurricane Harvey struck; I had lived there for a short time in 2014 and hated keeping up with the coverage on Harvey. I felt useless, stuck far away from the recovery work. When the opportunity came through Medill to go down to Texas, I jumped at it. This hayride was my opportunity to report on the relief efforts and bring attention to the work these men and women were doing for their country.

The PAO, when I found him, told me he couldn’t get me back within a few hours; the crew objected to turning around and dropping me at the base in the middle of their workday. I pled my case with the PAO, telling him I didn’t care if I was out on the Chinook for 10 hours, even, I needed to be on this flight. Time was not an issue; the topic was. He pushed back: most media went out only for half a day. Was I sure? I was.

Five minutes later I was strapped into a “monkey harness,” tethered to the floor of the Chinook, and preparing to take off.