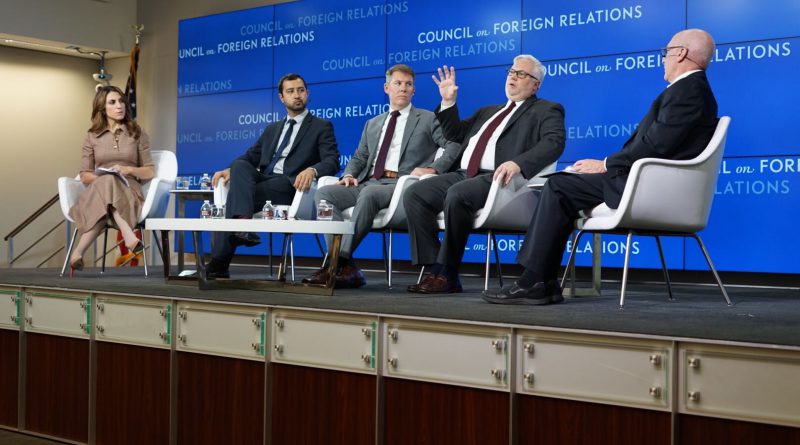 WASHINGTON – The U.S. has six conditions essential for future governance in Syria, senior diplomats and military officials said Wednesday, but they believe implementing the changes will only be possible with the cooperation of other countries.

“The Syrian conflict is a political conflict,” said Joel Rayburn, a deputy assistant secretary of State and special envoy for Syria. “It has political causes so it has to have a political solution.”

The conditions that Syria must meet, Rayburn said, include severing ties with the Iranian regime and its proxies, ceasing sponsorship of terrorism, ending threats to its neighbors, surrendering weapons of mass destruction, creating conditions for refugees and displaced persons to return, and cooperating with the international community to hold war criminals accountable.

Responsibility for pushing for these conditions is already taking place among international partners in northeast Syria, Rayburn said, including Saudi Arabia and UAE, to restore essential services and provide stabilization.

The U.S. has already taken steps to stabilize countries in the region, including providing a buffer zone along the northeast Syrian border with Turkey to act as a security mechanism.

Last week, the U.S. Institute of Peace released a report on conditions across the country, urging the Trump administration to stop the planned U.S. military troops drawdown. The report said the troop pullout could allow a resurgence of ISIS fighters.

“[We] recommend that the United States, working in concert with allies and partners, continue its military mission in order to maintain pressure on ISIS and other terrorist groups while maintaining and strengthening pressure on the Assad regime and its backers until conditions are conducive for a political settlement that ends the Syria war,” the report said.

Since President Donald Trump announced in December that he would withdraw troops, the number of American ground forces has dropped from about 2,000 to just under 1,000 now.

Last month, however, the Pentagon announced it is prepared to send about 150 troops to conduct ground patrols alongside Turkish forces in northeastern Syria.

“The Syrian conflict is such a deep hole of instability,” Rayburn said. “We’re always going to feel like we’re running behind in the funding necessary to address it. But there is a pretty good commitment to keep the international community focused on the Syria problem.”