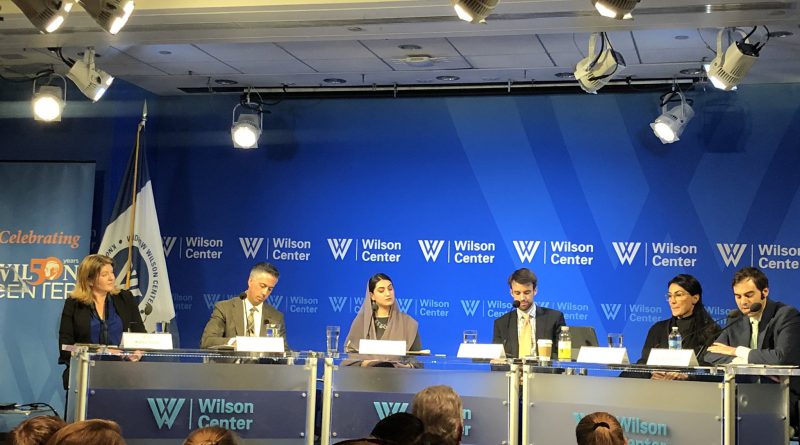 WASHINGTON – A U.S. airstrike on Taliban meth labs in Afghanistan that the UN said killed 30 civilians is an example of the military actions that lead some Afghanis to support the Taliban, a social activist from Afghanistan said Thursday.

A UN report released Wednesday, said the United Nations Assistance Mission to Afghanistan “verified 39 civilian casualties (30 deaths, five injured and four whose status of killed or injured remains undetermined), including 14 children and one woman” from a May 5 strike by American force. It also stated that the UNAMA has “reliable and credible evidence” about 30 additional deaths.

But a statement from the U.S. Forces-Afghanistan rebutted the “findings, legal analysis and methodology” of the report, saying that the “precision strikes against Taliban methamphetamine labs and Taliban combatants… accurately targeted and struck sources of Taliban revenues.”
“USFOR-A took extraordinary measures to avoid deaths or injuries of non-combatants,” the statement read.

However, in their attempt to attack these “drug labs”, U.S. forces have come under scrutiny with respect to civilian deaths in the region. A quarterly report released by the UN stated that Afghan and International national security forces “were responsible for more civilian deaths than anti-government elements” in the first quarter of 2019.

Mariam Wardak a social activist from Afghanistan, said the strikes are causing Afghan civilians to lose sympathy for the pro-government forces.
“When you have civilian casualties from the forces that are supposed to protect you and then there is no messages to the civilians…that is why the Taliban are harbored in homes in Kabul and in other provinces,” she said,
But Jonathan Schroden a counterterrorism expert said the Taliban “caused more damage” to the civilians than American forces.
“U.S. military does not willingly or intentionally target civilians in Afghanistan,” he said.

After U.S.-Taliban peace talks fell through in the early weeks of September, the U.S. envoy for Afghanistan peace negotiations Zalmay Khalilzad met the Taliban in Islamabad, Pakistan on Oct. 4.