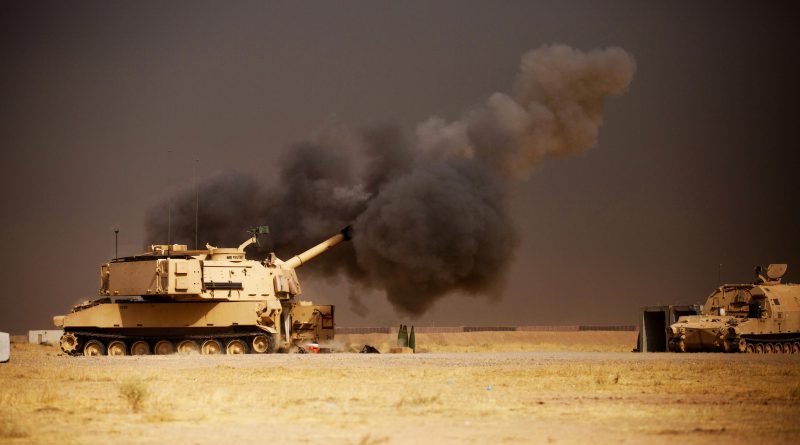 WASHINGTON — To counter Iran’s growing influence in the Middle East, the U.S. must maintain a strong diplomatic and military presence in neighboring Iraq, experts from the State Department and the Pentagon said at the Near East subcommittee hearing Tuesday.

Over the years, Iran has expanded control in the Middle East region by investing heavily in Iraq, according to Joan Polaschik, deputy assistant secretary for the Bureau of Near Eastern Affairs at the State Department.

The U.S. spent $20 billion between 2003 and 2011 on the Iraqi military, but it wasn’t enough to stop the rise of the Islamic State group and its attacks against Iraq, which required spending another $5 billion, Michael P. Mulroy, deputy assistant secretary of defense for the Middle East, told the committee. He noted that expenditure on U.S. troops in Iraq had gone down from $150 billion a year in 2008 to $15 billion in 2019.

“Everything we are doing right now is more toward the economy of forces and also towards normalization,” Mulroy said. “We are moving toward a traditional country team model. And we will start standardizing, modernizing and normalizing our spending as we do that.”

In May 2019, U.S. diplomatic personnel were pulled out of Baghdad temporarily amid escalating tensions with Iran.

Committee Chairman Sen. Mitt Romney, R-Utah, said the diplomatic personnel need to return to “support the government in the enormous challenges that they have.”

“I encourage the administration to be up to date with intelligence on the assessment of Iran’s threat and restore full diplomatic presence as soon as possible.”

Sen. Chris Murphy, D-Conn., said that it was hard to imagine that today’s threat is higher than at the height of the ISIS insurgency.

“I would hope that we return to political functionality soon. If we don’t, it is an invitation to ISIS to emerge,” he said. “The risk of a long-term political withdrawal from Baghdad can cost many more American lives than we are saving.”

Philip Smyth, an expert in U.S. and Middle East relations at The Washington Institute, stressed the importance of a U.S. military presence in Iraq.

“Having a force on the ground sends a message that Iranians can’t do what they want,” he said in a telephone interview.

Smyth said the focus of the U.S. military in Iraq is not only to counter insurgents and support the government, but also to provide a show of force against Iran’s expansionism.

Polaschik said that America’s policy in Iraq is focused on immediate stabilization needs like humanitarian assistance, even as infrastructure challenges remain.

“We are putting efforts in regulatory reforms to create an inviting business environment,” she said.