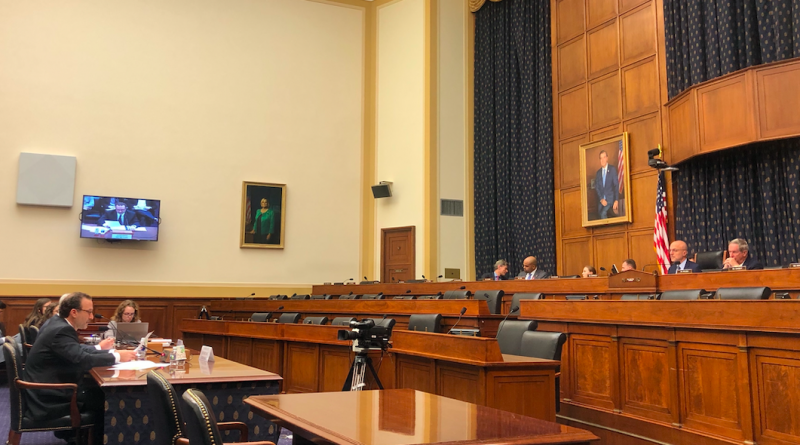 WASHINGTON- The Trump administration ‘s $6.6 billion foreign aid request for the Middle East and North Africa does nothing to punish Egypt for its humanitarian violations, like the capture of political activist Esraa Abdel Fattah, a House Democrat who served in the Obama administration’s State Department said Tuesday.

During hearing of a House Foreign Affairs subcommittee, New Jersey Rep. Tom Malinowski, asked David Schenker, assistant secretary of state for Near Eastern Affairs, why U.S. aid to Egypt hasn’t been cut despite the humanitarian violations in the region, specifically noting the arrest and alleged torture of Fattah, a journalist, while the overall budget for Middle East and North Africa would drop 6% drop from 2019.

Schenker, calling the torture of Esraa “outrageous”, said he addressed the issue with the Egyptian ambassador a few days ago. He said the proposed fiscal 2020 budget for the region would put “emphasis on burden sharing” by U.S. allies so U.S. funds can be leveraged “against investments from our regional partners and the international community.”

Andrew Miller of the Project on Middle East Democracy said that the proposed budget is influenced by the upcoming 2020 elections.

“He (President Donald Trump) understands that in order to be re-elected next year he needs at the very least to maintain the loyalty of his core supporters,” Miller said. “A large part of that are evangelical Christians who prioritize support to Israel above most other if not all other foreign policy issues.” Miller said that support to Egypt and even to Jordan in the proposed budget is reflective of U.S. support to Israel as the Israeli government “approves” of assistance to these countries.

“When US aid continues to Egypt at the very time when it (Egypt) is embarking on one of the worst crackdowns in its history, it sends a signal to Egypt and to neighboring countries that the Trump administration really doesn’t care about human rights,” Miller said.