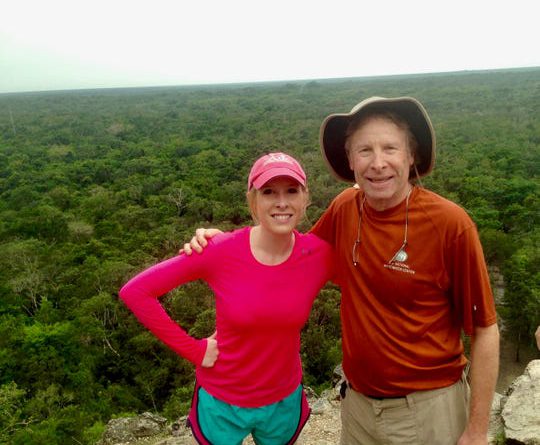 WASHINGTON – For three years, Andy Parker has asked Google to scrub video of his daughter’s murder from YouTube, but says that the tech giant has largely left it up to him to flag the offending content each time it is reposted.

“In essence, they wanted me to watch my daughter’s murder and explain to a robot why it should be removed,” Parker said.

In 2015, Alison Parker, a 24-year-old television journalist, was shot and killed by a former co-worker while conducting an interview on live TV in Roanoke, Virginia. Before Vester Lee Flanagan turned the gun on himself, he shared video of the murders of Parker and her cameraman on YouTube. It was shared tens of thousands of times.

Now, Parker is pushing for Congress to pass legislation that would prevent Google and other tech companies from invoking a provision of the Communications Decency Act of 1996, called Section 230.

The statute prevents tech companies from being held legally responsible for third-party content on their platforms. “No provider or user of an interactive computer service shall be treated as the publisher or speaker of any information provided by another information content provider,” the statute states.

Speaking at the National Press Club recently, Parker announced that he was working with Virginia Democratic Sens. Tim Kaine and Mark Warner to craft a new law named after his daughter. Alison’s Law would strip immunity for tech companies under Section 230 for cases of targeted harassment, hate speech and videos like the one that showed his daughter’s murder. Changing the law means plaintiffs could prevail in civil lawsuits.

“Google should not be allowed to publish, much less profit, from targeted harassment, and murder videos,” Parker said.

“We rely on a combination of people and technology to flag inappropriate content and enforce these guidelines. Flags can come from our automated flagging systems, from members of the Trusted Flagger program (NGOs, government agencies, and individuals) or from users in the broader YouTube community,” the guidelines state.

Before the Walmart mass shooting in El Paso, the suspected shooter, Patrick Wood Crusius, is believed to have posted an anti-immigrant message at the site 8Chan. Under Section 230, the website, known for fostering extremism and hate speech, is shielded from liability.

The group supported victims of terrorist attacks in Israel who argued that Hamas used Facebook to incite terrorist attacks. But last week the 2nd U.S. Circuit Court of Appeals affirmed a federal district judge’s ruling against the victims by citing Section 230.

EFF activism director Elliot Harmon said he could not comment on Parker’s proposal. But he said that well-meaning lawmakers often miss the point of Section 230, which he said was created to protect people, not tech companies.

“There are vocal people on the left and right calling for a change or gutting of 230,” Harmon said in a telephone interview. “Unfortunately, who’s often missing from those discussions is the people that would be kicked off the Internet under these proposals.”

He pointed to changes to 230 that lawmakers enacted last year to combat sex trafficking. Harmon said that after the bill was signed into law, Craigslist removed its dating section, and other platforms censored sexual language and speech. Harmon said that people in the LGBTQ community seeking refuge and advice on the internet could be prevented from using those platforms. He said that the law made it harder for victims of sex trafficking to share information.

“Section 230 comes down to this pretty common sense principle, that if you go on the internet, and say or do something illegal, that you are the one who should be held accountable for it,” Harmon said. “Even if the problem is crime being perpetrated on the Internet, then let’s talk about what law enforcement needs to do to go after those actual perpetrators.”