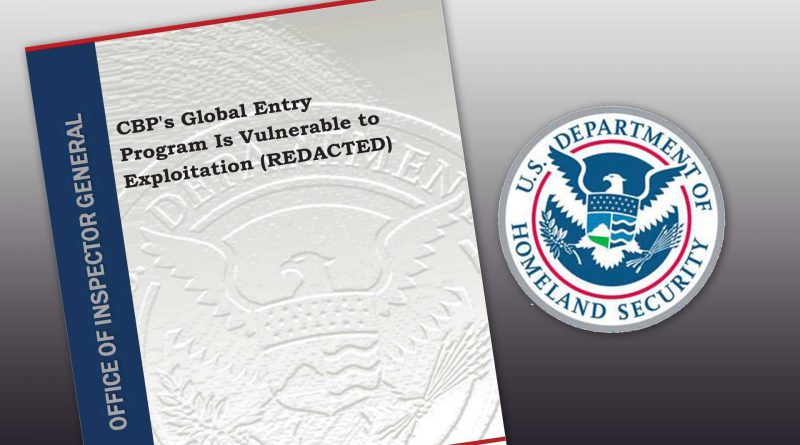 WASHINGTON — A program that allows pre-checked, low-risk travelers to gain expedited entry into the United States is criticized for the lax vetting of applicants and verification procedures in a report from the Department of Homeland Security’s inspector general.

The report, issued June 24, found that four ineligible, potentially high-risk, people — in a “valid random sample” — were allowed into the Global Entry program and that Customs and Border Patrol agents at airports were not verifying Global Entry receipts, leaving the program vulnerable to exploitation.

CBP has accepted all the OIG recommendations, and is phasing in enhanced training and oversight of officers and updating its Consolidated Trusted Traveler Programs Handbook for better guidance.

The implementation should be completed by Feb. 29, CBP said.

Some experts, including the American Association of Airport Executives, said the redacted number of the sample is a significant factor in deciding whether this is a serious security vulnerability. Others, like U.S. Travel Association, said “any allegation of security issues needs to be taken seriously.”

“You’re always going to have a few people slip through the system. It’s just the noise of the system,” said Jeff Price, professor of aviation management at the Metropolitan State University of Denver and former assistant security director at Denver International Airport. “But what you focus more on is our systemic issues that could cause problems to occur again and again and again.”

Systemic issues were also observed in the airport arrival process. In tests at nine airports, the inspector general’s office found CBP officers granting expedited entry to all 231 members they processed in the period without verifying the authenticity of their receipts, a process officers described as cumbersome. Additionally, 2 out of 11 covert testers successfully entered the United States using fake receipts created from easily obtainable materials on the Internet.

The CBP spokesman said the agency will continue to expand Global Entry Facial Recognition Pilot, now active at six airports, nationwide and eventually eliminate the need for kiosk receipts. In a 2017 executive order, President Donald Trump requested the technology be in use at the top 20 U.S. airports by 2021.