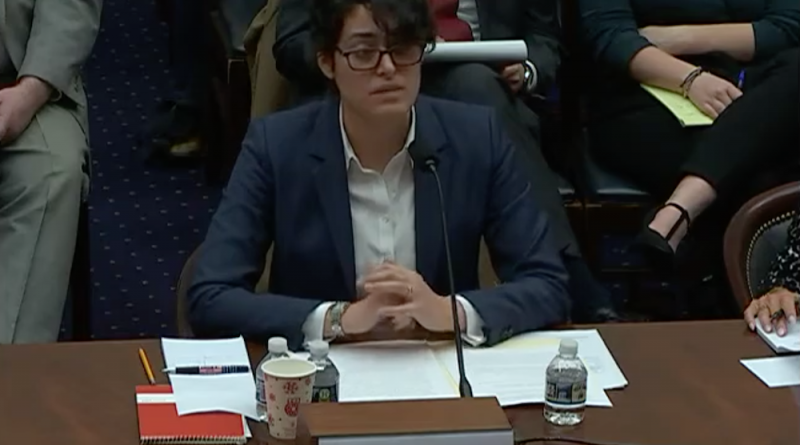 Ariane Tabatabai explained that Iran “probably does not feel that it has achieved full justice for Soleimani’s killing” despite its attack on the US military bases.
Conflicts and Terrorism
By Silvia Martelli on January 29, 2020January 30, 2020 Iran
Tweet

WASHINGTON — The U.S. need to quickly come up with a clear strategy about Iran because more attacks will come following the recent increase in tensions between the two countries, experts said Thursday at a  Foreign Affairs’ subcommittee House hearing.

“Though the timing and the target of future action are uncertain, there should be no doubt that further Iranian response is sure to follow,” said Mara Karlin, director of strategic studies at the Johns Hopkins School of Advanced International Studies and former deputy assistant secretary of defense for strategy and force development.

After the U.S. killed key Iranian Gen. Qasem Soleimani in a drone strike at Baghdad International airport in early January, Iran fired a number of missiles on two Iraqi bases that housed American troops in Baghdad’s Green Zone. On Tuesday, the Pentagon revealed that 50 service members have been diagnosed with traumatic brain injuries following the missile attack.

Ariane Tabatabai, associate political scientist at RAND Corporation, explained that Iran “probably does not feel that it has achieved full justice for Soleimani’s killing” despite its attack on the U.S. military.

The strike was only a “symbolic response” to Soleimani’s death, Tabatabai said.

Although Iran is “not currently able to fundamentally challenge the United States,” it can continue to be a “nuisance” and threaten its regional partners, Tabatai said.

New attacks could target locations frequented by US military personnel or directly aim at U.S. diplomats and civilians, she said.

Iran’s future efforts might also include disinformation through social media campaigns in order to sway public opinion, attacks on American troops by a network of its proxies, including thousands of fighters across several countries, attempts to interfere in elections, cyberattacks, and attacks on regional partners’  oil production infrastructure and transport, she and other experts told the committee.

Karlin and Tabatai said that it is crucial that the U.S. focus less of its efforts on the Middle East because future geopolitical challenges will come from  China.

“And yet we remain trapped in Middle East purgatory,” said Karlin. “The over-militarized approach to the region continues.”

Since May, the Pentagon has sent at least 20,000 troops to the Middle East, bringing the U.S. military personnel total to 80,000.

Last week, Marine Gen. Frank McKenzie, the top U.S. commander in the Middle East, said that despite President Donald Trump’s pledge to bring troops home, the most recent forces to enter the region could be there for “quite a while.”