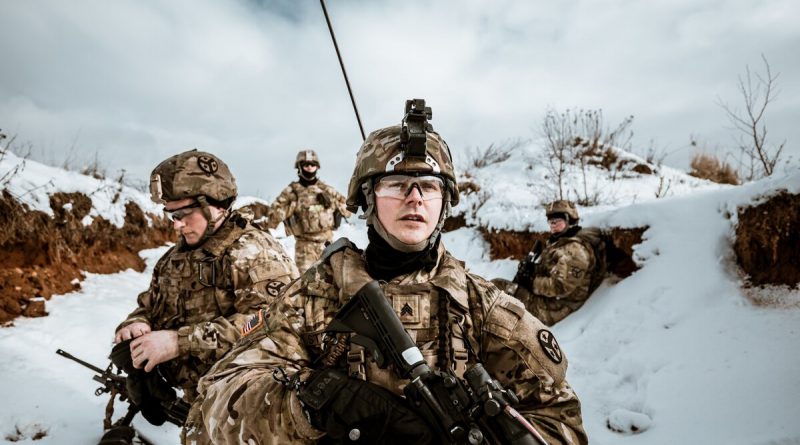 WIESBADEN, Germany – Claims about U.S. tank deployments to Europe by Russia’s Sputnik News led the U.S. Army’s Europe Command to create a new team in spring 2017 to fight the spread of fake news from adversaries, a senior Army official said.

The genesis of what’s called the “Mis/Dis Tiger Team” began in January that year after Sputnik published a series of articles that reported 3,600 U.S. tanks were deploying to Poland as part of a brigade combat rotation. The number of tanks actually deployed, a U.S. Army official confirmed, was significantly less than 100.

Made up of personnel across divisions and in tandem with partner nations, the team now faces a growing number of disinformation campaigns from Russia that senior Army officials said are an attempt to destabilize allies’ governments.

“If not handled properly, the spread of misinformation and disinformation about our mission, units and people has the potential to discredit everything we’re trying to accomplish with our partners and our allies,” said Col. Joseph Scrocca, a spokesman for U.S. Army Europe.

In the months after the Sputnik campaign, a multi-pronged information campaign and cyberattack hammered newly deployed troops in NATO’s Enhanced Forward Presence mission in Poland.

The attack targeted soldiers’ social media accounts and created a fake blog site from the unit’s commander. Local news outlets in Poland published the disinformation as credible news. Army officials worked with the Polish Ministry of Defense and the U.S. Embassy to counter the campaign and debunk each story.

After the attack, the Army created a “battle drill” designed to outline detailed steps for each staff section to complete if they identified a disinformation campaign or cyberattack.

A network of “sensors” monitor news across the continent — from embassy teams to military partners. Staff then analyzes each attempt for severity, impact and truth and provides recommendations to leadership for best responses.

“Identifying these incidents or being able to negate them early is the real strength of the team,” said Beth Clemons, the chief of the U.S. Army Europe public affairs media division.

The team consists of military media personnel and contractors who monitor stories, narratives or themes that could hurt Army operations.

The group works closely with staff from information operations, intelligence, the international operations division and subordinate units as well as staff from operations, force protection, anti-terrorism. Host nation militaries, U.S. embassies and experts at higher headquarters and other organizations are also involved.

The team is “very selective” in calling information fake news, Clemons said, because often these attacks aim to seek attention and develop an audience and the fake news label could help garner that attention.

“You can’t play whack-a-mole with every little blog post or you will just add oxygen to a tiny flicker that will naturally go out,” Clemons said.

Established in 2015 as an open-source research organization, the non-profit now helps fight disinformation campaigns, said Lukas Andriukaitis, the Atlantic Council’s associate director. Every week lab staffers track narratives against NATO troops in Baltic countries, he said. Their task is not to combat every post but to uncover larger operations.

In May 2019, the lab worked with Facebook to publish findings of a large-scale influence operation against allied governments that spanned nine languages, over 30 social network and blog platforms, and produced large numbers of fake user profiles and identities.

“It remains disturbingly simple for malicious actors to create false profiles on these platforms and use them as a launch pad for disinformation,” the report found.

Although the lab could not attribute the operation to a specific group, they concluded the approach resembled an operation by a larger intelligence service.

“Militaries have bigger problems with digital security,” Andriukaitis said. “They are big targets, and these are big, robust organizations that are not as quick to respond as a private company.”

The Army is relying more on groups such as the Digital Forensic Research Lab, NATO’s Strategic Command Center of Excellence and StopFake.org to collaborate and engage the growing threat from adversaries.

“The biggest success story of this [Mis/Dis Tiger Team] has been the expansion of our network and increased sharing of information and teamwork,” Clemons said. “The strength is the team and it’s a team that grows every day.”

Published in conjuncture with