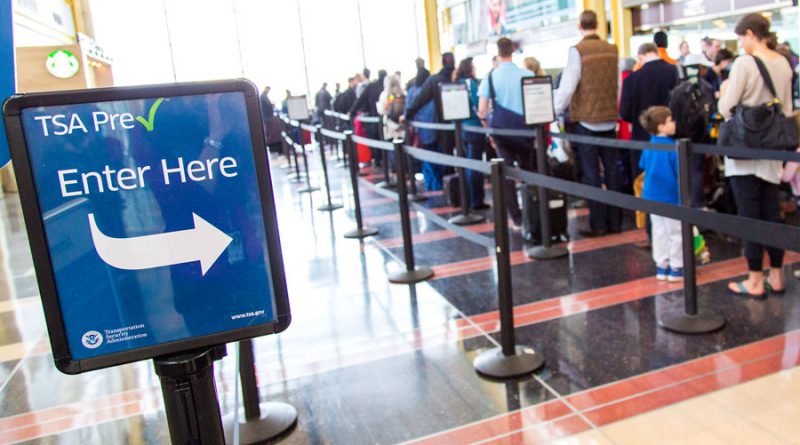 If getting to the airport two hours before your flight wasn’t a pain, try arriving up to three or four hours early. The lines at the airports are getting longer and longer and people are losing their patience.

A few weeks ago I saw a video posted online that showed a line at Midway International Airport. The line wrapped around the corner and seemed to go on for miles and miles.

That changed my outlook on airports and flying. I can’t imagine standing in line for more than three hours just to catch a flight, but that seems to be the new trend.

The long lines are one of the many problems the Transportation Security Administration is currently going through. Kelly Hoggan, TSA’s assistant administrator for the Office of Security Operations, was removed from his position as head of TSA.

The House Oversight Committee announced on Twitter that Hoggan was let go after a meeting on May 12 on mismanagement.

One option for passengers is going through TSA-Pre Check. It cost $85 but it saves you the hassle of waiting through lines. Once approved one doesn’t have to remove shoes, laptops or liquids.

“I think people should sign up for CLEAR, where people are able to skip a line,” said a flight attendant with Spirit Airlines who spoke on the condition of anonymity because policy forbids it.

TSA Pre-check is available in more than 160 airports and 16 airlines. There is also an option to go online and see the estimated wait times at airports. Fellow passengers update these times periodically.

The expedited screening service is available with Southwest Airlines, United Airlines and Delta Air Lines. Passengers who qualify for this service are considered low-risk and can expect a better experience when traveling.

The latest report for the U.S. Customs and Border Protection Airport Wait Times shows the wait time at Washington Dulles International Airport (IAD) on June 2. The wait time ranged from 4-27 minutes and the maximum wait time was 22-110 minutes within a 14-hour timeframe.

These reports display the average wait times at America’s busiest airports but don’t include other factors such as the time it takes to retrieve bags or making your way through an airport.

“Of course I think they need to hire more people, but as a flight attendant you don’t have to go through those lines,” said the source. “I’m skipping 300 people. It’s called known crew member.”

Adding more TSA agents will definitely help but that process takes time. It’s frustrating standing in a line of over 200 people and only two agents checking IDs and boarding passes.

I’ve also gotten lost a few times especially when I’m in a new city for a layover. I’ve missed several flights because I’m waiting in line and that’s not a fun experience.

Flying is inevitable so people will just have to deal with what comes with flying. Rihanna said it best “shut up and drive.”