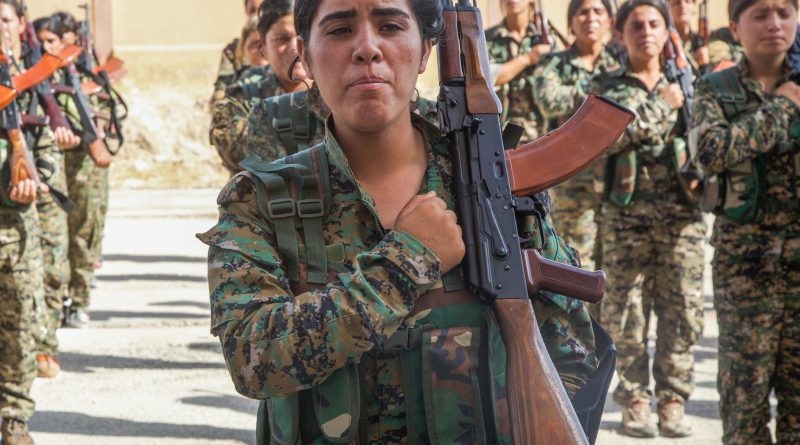 WASHINGTON. — The Syrian city of Raqqa, the former self-proclaimed capital of the Islamic State caliphate, is still too dangerous for civilians days after its liberation, the Special Operations commander for the U.S.-led coalition said Tuesday.

At a Pentagon briefing, Army Maj. Gen. James Jarrard said via video conference from Baghdad that “maybe thousands” of improvised explosive devices, booby traps and bombs left behind by IS forces are scattered throughout the city.

“Although the city is void of Daesh fighters… civilian deaths have already been reported among some of those who have tried to return,” Jarrard said. “For the people of Raqqa, at the moment, it is still unsafe for them to return home.”

Jarrard painted a picture of the danger by noting that during a rainstorm a few days ago, IED and bomb detonations occurred just from the rainfall hitting them.

“It’s not going to be a quick solution; it’s going to take a good bit of time,” Jarrard said.

While Jarrard does not believe that there will be any attacks from leftover IS forces, there is still a lot of work to be done to completely secure Raqqa.

Jarrard said the Raqqa Civil Council is working with tribal leaders to prioritize areas of need and provide essential services, and working with aid agencies to make sure people internally displaced in the region have food, water and shelter.

Syrian Democratic Forces are in control of the city, but the Raqqa Internal Security Force, an indigenous partner force established to provide local security, will assume control of Raqqa “at some point in the near future,” Jarrard said.

IS took control of Raqqa in January 2014 and proclaimed it the capital of its caliphate. In June 2017, as many as 2,500 IS fighters were based in Raqqa when SDF forces began their push to liberate the city.

Jarrard said that over 400 SDF fighters were killed and over 900 were wounded in Raqqa.

Military operations continue in the southern region of Syria near the Iraq border. Coalition forces will continue to operate in the area providing assistance to the SDF until a military victory over IS is achieved, Jarrard said.