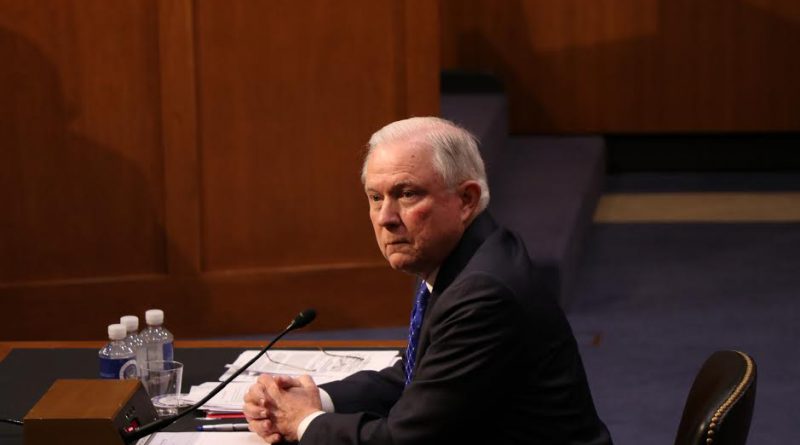 WASHINGTON – Attorney General Jeff Sessions angered Democrats Wednesday when he refused to divulge information regarding the firing of former FBI Director James Comey and his own communication with Russian officials, threatening to leave the Senate hearing if Democrats continued to accuse him of collusion.

At the first Judiciary Committee oversight hearing for the Department of Justice, Sessions advised the committee that he would not be able to answer specific questions regarding the content of conversations he has had with President Donald Trump to preserve Trump’s option to invoke executive privilege in the future.

Executive privilege is the legal basis for allowing the president to keep confidential any conversations with high executive-branch officials regarding national security and White House communications. Executive privilege has been used by many presidents; however, it is not a constitutional right.

Sessions said the committee should respect the longstanding tradition of executive privilege.

“Under the administration of both parties, it is well-established that a president is entitled to have private, confidential communications with his Cabinet officials,” Sessions said. “Such provisions are within the core of executive privilege.”

Democratic members of the committee submitted a letter to Sessions last week asking him general to discuss questions that he refused to answer in June before the Senate Select Committee on Intelligence, citing executive privilege.

“With respect to potential assertions of executive privilege on behalf of the president, we wish to put you on notice that any reasonable period of abeyance on many issues about which you will be asked has long elapsed,” the letter said.

Both Judiciary Chairman Chuck Grassley, R-Iowa, and top Democrat Dianne Feinstein, D-Calif., stressed the importance for Sessions to answer the committee’s questions about Comey’s firing in May.

“It was an important moment…for this country,” Grassley said. “The American people have a right to know why he was fired, especially in the midst of so many high-profile issues, including the investigation into Russian interference with the 2016 election.”

Sessions, in response to a question from Feinstein, defended the firing of Comey. “I don’t think it’s been fully understood the significance of the error that Mr. Comey made on the (Hillary) Clinton matter,” he said, referring to the FBI’s investigation – and reopening of the investigation – concerning Clinton’s use of a private email server while secretary of state.

Sen. Patrick Leahy, D-Vt., pressed the attorney general on whether he had been interviewed by Special Counsel Robert Mueller regarding Russia interference in the 2016 election.

“The answer is no,” said Sessions. The DoJ has not responded to requests for comment regarding Sessions being asked to be interviewed for Mueller’s investigation.

In an intense back-and-forth, Leahy alleged that Sessions gave “false testimony” during his confirmation hearing when he testified that he never engaged in communications with Russian officials.

“I have never had a meeting with any Russian officials to discuss any sort of coordinating campaign efforts, ever,” Sessions said.

Later in the hearing, after Sessions again mentioned the need to preserve the potential use of executive privilege, Leahy said he was concerned Sessions was “part of the Russian façade.”

“I’ve known you for years and I’m sorry you’d do that,” Leahy said.

Sen. Al Franken, D-Minn, repeatedly asked Sessions about his involvement with or knowledge of communication with Russian officials, despite Sessions’ constant denials.

Visibly frustrated, Sessions told Franken and the committee to “give me a break” and bickered with Grassley and Franken over the lack of time given for Sessions’ responses to Franken’s questions.