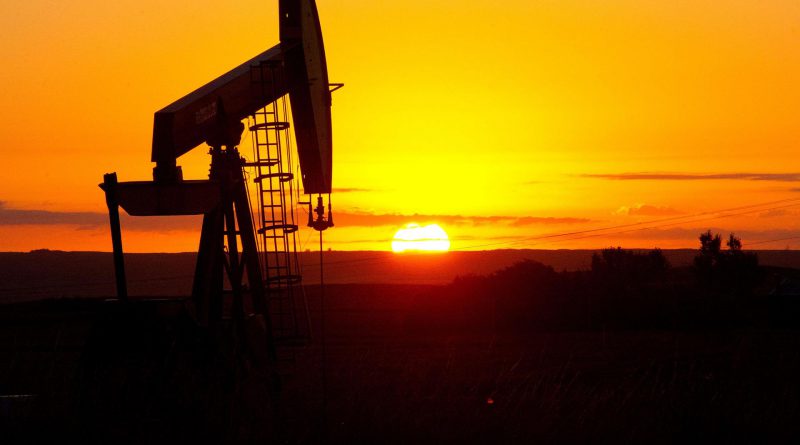 Machinery at an oil rig in Oklahoma. The U.S. has seen increased production over the last few years due to technological advances but still needs to import oil to meet its energy needs. (
Medill Explores: Hostile Environment Training and National War College
By Shahzeb Hashim on February 27, 2017March 2, 2017 oil
Tweet

WASHINGTON – Oil is today what salt was to our forefathers. They fought wars to acquire the coveted mineral, used most importantly in food preservation. A steady supply was of utmost strategic importance and monopolies over production and supply tipped the scales of political and economic power among nation-states.

Then came the industrial revolution and innovation that reduced salt to little more than a seasoning. The world shifted its focus to fossil fuels that would satiate the energy needs of mass production and industrialization.

Today, fossil fuels are the most coveted commodity on the international market.

Countries that control the production of oil and other petroleum products aim to keep supply tight and prices high to get maximum revenue. Others that are dependent on oil imports seek to keep a steady flow at low prices Dr. Theresa Sabonis-Helf, national security strategy professor at the National War College, told the current War College class and a group of Medill graduate students and professional reporters who embedded at the college for two days.

The U.S. is the largest consumer of oil and petroleum products, using almost a quarter of the world’s oil each year. In 2015, the U.S. consumed over 19.4 million barrels of petroleum products per day, according to the Energy Information Administration. In contrast, it produced only 9.4 million barrels a day, depending on imports largely from members of the Organization of the Petroleum Exporting Countries, 14 countries that control almost 80 percent of the world’s known oil reserves. Saudi Arabia, the most prominent of these countries, has been the largest producer of crude oil for several decades. Together, these countries control the supply of crude oil, allowing just enough to enter the world market to keep the demand high. In this way, they control the price of oil.

“The first and most urgent necessity in the area of government policy is the elimination of those measures which directly support monopoly,” said Milton Friedman, a renowned economist and academic. When did he say this – seems like he was at the war college.

Oil, to the U.S., is certainly a national security issue.

The first concern is that an abrupt and extended disruption in the global oil supply and the resulting higher prices would do serious harm to the U.S. economy. This is the primary reason for the presence of over 35,000 troops in the Middle East, according to the Department of Defense.

At least half of these troops have been deployed for the sole reason of energy security: to protect against the rise of a single regional player that could establish its hegemony over the resources; to prevent any external power from gaining control of the resources; to control regional conflicts lest they disrupt the smooth supply of oil; and to keep the Strait of Hormuz –through which almost 30 percent of the world’s oil is transported – clear. This has been the crux of U.S. energy security policy for the last several decades.

“Let our position be absolutely clear,” President Jimmy Carter declared in 1980. “An attempt by any outside force to gain control of the Persian Gulf region will be regarded as an assault on the vital interests of the United States of America.”

Another problem, said Theresa, is that higher oil prices make oil-producing nations ripe for human rights abuses by their governments. Thomas L. Friedman, a New York Times columnist, refers to this phenomenon as the “First Law of Petro-politics.” In an article in the June 2006 issue of Foreign Policy, Friedman argued that the price of oil and the pace of freedom in oil-producing countries move in opposite directions. That as these countries grow rich off oil revenues and rid themselves of any need for taxes, the rulers no longer need to answer to their people. The world, meanwhile, must ignore their attacks on personal freedoms to ensure a steady supply of oil.

But innovations in renewable energy forms and the rise of fracking now allow previously import-driven economies to leverage some form of freedom in the energy sector. In 2015, U.S. net imports of petroleum were almost 24 percent of total consumption, the lowest level since 1970, due largely to the 75 percent hike in domestic oil production since 2008.

But this push toward renewable energy does not completely diminish the influence of petro-politics. While electricity production, which only uses 1 percent of oil today, and industries can be switched to other forms of energy, almost 92 percent of the transport sector still uses petroleum products. The move toward hybrid technology in cars can address part of the issue, at least for the foreseeable future.

Today, the case is strong for finding newer, more environmentally friendly sources of renewable energy. And the U.S. must not only take the lead toward substituting the conventional energy sources, it must also use its position to encourage its allies to do the same.