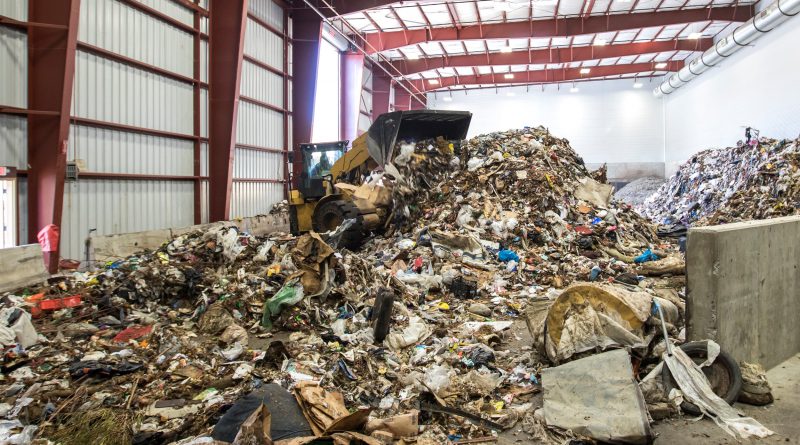 A Nevada firm is working to convert household trash into jet fuel as part of an ambitious effort to create cheap green energy and mitigate America’s reliance on foreign oil.

Fulcrum BioEnergy, which receives funding from both private investors and the federal government, hopes to ramp up production in the next couple of years with the construction of its first processing facility.

“We’re producing a newer alternative, cleaner-burning fuel that the market demands, and we’re doing it in a manner that saves money for consumers and makes profit for our investors,” said Fulcrum President and Chief Executive Officer Jim Macias.

“It feels real good to be able to help our government and military with what they consider important national security agenda and issues,” he added.

Fulcrum expects to finish construction on its first Reno, Nevada processing plant by the second quarter of 2019, and has partnered with several waste management companies to save garbage from landfills.

“Let’s face it — there will never, ever be a shortage of garbage,” the company website states.

With the average American producing about 130 pounds of trash per month, experts say creating jet fuel out of the enormous amount of waste Americans create could be one way to mitigate the country’s heavy reliance on foreign oil.

Despite a surge in domestic natural gas production, the U.S. remains a net energy importer.

Saudi Arabia, a country with links to terrorism, remains one of the top exporters of oil to America, according to the U.S. Energy Information Administration. The State Department also recently issued a warning against Americans traveling to Saudi Arabia due to the risk posed by militants affiliated with the Islamic State of Iraq and Syria, or ISIS, in the region.

“Certainly anything we can do to lessen our dependence on foreign oil is a plus for this country,” said Rick Barraza, vice president of administration at Fulcrum.

The U.S. government, including the Pentagon, has recognized the potential applications for biofuels and has funded a number of efforts to encourage their development, as well as other forms of alternative energy.

“The objective is to benefit our country in terms of energy independence,” said Mark Brodziski, deputy administrator of energy programs for USDA Rural Development.

A spokesperson for the Defense Department did not respond to interview requests, but the Pentagon has previously called America’s dependence on foreign oil a national security risk.

“A lot of other countries think of it that way and they make it a very important part of their policy structure,” said Soma Bhadra, chief executive officer of Proteus Consulting, which works with biofuel companies. “I think [former president Barack] Obama tried to go that way.”

Indeed, Obama’s Navy Secretary Ray Mabus championed biofuels under the “Great Green Fleet” initiative — a fleet of five aircrafts and ships that ran mostly on a 50-50 mix of bio and fossil fuels.

Republicans at the time were critical of the plan, saying that the fuel’s cost and Obama’s alternative energy initiative were too expensive.

“I don’t believe it’s the job of the Navy to be involved in building … new technologies. I don’t believe we can afford it,” Sen. John McCain, a Republican from Arizona and chairman of the Senate Armed Services Committee, told Fox News in June 2012. He did not respond to an interview request.

Fulcrum says its fuel is priced competitively against petroleum. The company says its oil production costs less than $1 per gallon, which is 50 percent less than average price of oil, according to the Department of Energy.

Barraza said the market for biofuels is emerging, however, and that there is often not enough supply for most civilian and military planes to include an even mix of bio and fossil fuels.

“It’s the early years,” he said. “It’ll be an 80-20 and 70-30 mix in the foreseeable future because there’s such a demand between all the airlines, and there’s nowhere near enough to be able to go up to the 50 percent max now.”

The Office of the Secretary of Defense, now headed by James Mattis, is trying to speed up this process. In late January, the department announced another $55 million funding opportunity for any refinery capable of producing biofuels for military use.

Even so, experts agree that the future of biofuels under president Trump looks shaky given his appointment of special advisor Carl Icahn, who controls more than 80 percent of the CVR Energy oil refinery and could profit from the military’s decreased use of biofuels. Icahn in August 2016 called biofuels “a very stupid system” in an interview with Bloomberg.

“The president himself during the campaign made very strong commitments to renewable fuels, specifically from a renewable fuel standard,” Macias said. “He sticks to his commitments made in his campaign. He has a diverse staff with diverse views, but lets wait and see what the policies come out to be.”