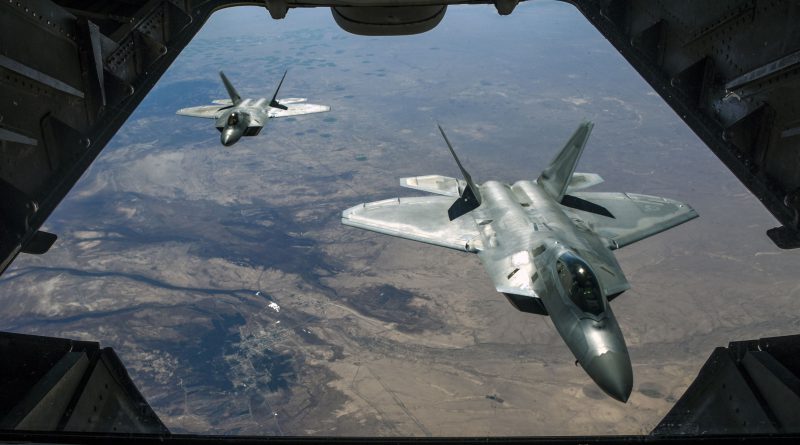 WASHINGTON — Civilian casualties in Iraq and Syria from U.S.-led coalition strikes have risen to 841, according to official coalition reports. However, a war monitoring group estimates that the actual number of civilian deaths is significantly higher, as much as seven times higher.

Chris Woods, one of the founders of the Air Wars project, said that the greater number of civilian casualty reports it examined compared with coalition investigations is one reason for the discrepancy in death numbers. Woods also said that Air Wars had at least 800 allegations that await assessment by the coalition.

In addition, the coalition does not investigate at the ground level and, until Air Wars began monitoring strikes, the coalition did not take into account reports from Iraqis and Syrians, Woods said.

Air Wars monitors the internet extensively, down to “the very local level,” because of the availability of direct information from people on the ground. This is an area that militaries are getting better at, Woods said, but something they have had to catch up on.

“In Iraq and Syria, we have seen what happens when war takes place in urban, modern environments,” Woods said. “Almost everyone is online and has a cell phone in Iraq and Syria. And, when violence occurs, that information gets online very quickly.”

Human Rights Watch is another group questioning the accuracy of the coalition’s figures regarding civilian casualties.

The organization’s investigative methods include social media reports as well, but HRW sends people to the location of the strike and conducts extensive interviews with the locals in the area in order to determine an approximation of deaths and the totality of other damage that occurs.

While there is a large discrepancy between the figures that the monitoring groups have calculated versus the coalition, Woods did praise the coalition for its history of self-reporting possible civilian deaths and steps the coalition has taken to adapt its investigative methods.

According to the official, who agreed to do the interview on background, once a report has been accepted, the two largest factors examined are the time and location a report says that a strike took place. If these factors are able to be confirmed, other evidence will be examined to determine if a report is credible or non-credible.

The official also stressed that deeming a report “noncredible” is not a commentary on the validity of the report, it means that there is simply not sufficient information for the coalition to open an investigation. According to its most recent monthly civilian casualty report, the coalition has had 2,015 reports of possible civilian casualties and 218 have been deemed credible.

Noncredible reports are retained in case more evidence is found, at which point the report is reopened, the official said.

In a September report, Human Rights Watch investigated strikes at two locations in Syria that resulted in at least 84 deaths. The report said that a school in Mansoura, a town outside of Raqqa, that held civilians was targeted and significant damage and death resulted from the attack.

Col. Ryan Dillon, the coalition’s spokesman, said in September that the coalition investigated the incident, but disagreed with the findings of HRW.

“We determined that there were no civilians present at the time of the strike as we conducted our investigation,” Dillon said in the September press briefing.

The investigative body was established by the U.N. Human Rights Council and said that three strikes from March 2017 targeted a school holding more than 200 internally displaced families and resulted in the death of 150 civilians, leaving others severely injured.

According to the report, the coalition said in July that there was not enough information to determine if there were civilians at the location during the strike.

The document stated that the international coalition “failed to take all feasible precautions to avoid or minimize incidental loss of civilian life” and criticized the coalition’s position that there was not enough information to conclude there were casualties.

“The subsequent investigation conducted by the international coalition should have been able to identify the high number of civilian casualties resulting from this incident,” the report said.

The coalition’s spokesman did not respond to questions regarding the March report.

According to the coalition, there have been 29,070 total strikes in Iraq and Syria since the operation began and nearly 98 percent of territory previously held by ISIS has been liberated.