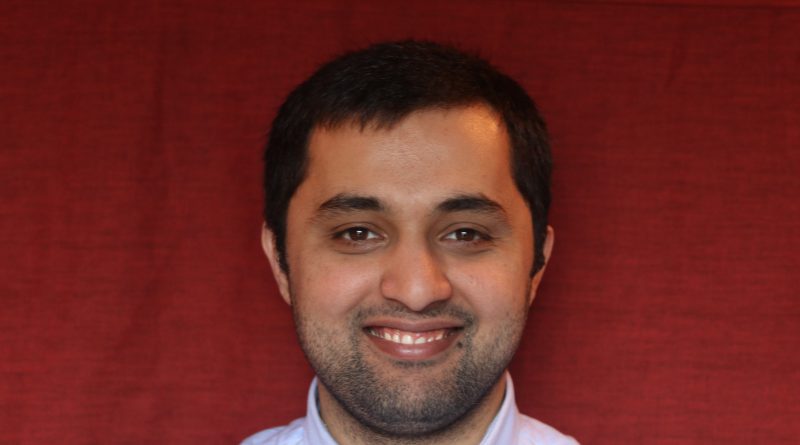 Note: The names of Aryobwal’s family members are not included in this story because he requested they be omitted for security purposes.

PARIS — Kabul native Muhammad Tariq Aryobwal has spent most of his life living somewhere outside his war-torn home in Afghanistan.

Now in France, he is among an influx of tens of thousands of refugees from northern Africa and in recent years the Middle East who have settled in France.

And while Aryobwal says French immigration policy needs improvement, for him, the instability in his life has largely come to an end.

“Kabul was for a longtime home for me, but I don’t think I have that connection anymore,” said Aryobwal. “At this point, Paris is home for me.”

His family had lived in Pakistan since Aryobwal was 4 years old, but nearly 20 years later, in 2013, his journalist father, made a documentary about a Taliban commander and began receiving threatening letters from the Taliban.

The first letter was a summons to appear in a Taliban court, which he believed he could sort out because of his family’s past sacrifices during the Soviet invasion of Afghanistan. The second letter was a death threat. The third one was a threat to kill his entire family. After the last letter, his father knew his family had to move.

First, they moved back home to Afghanistan, where they had to live in hiding, secretly moving between the houses of aunts, cousins and friends.

The family was holed up for the better part of a year as the parents figured out their next steps.

“There were times where I personally didn’t leave (the house) for weeks,” he said of his time back in Kabul.

As a journalist, Aryobwal’s father was able to get in touch with French journalists, who, in turn, reached out to Reporters Without Borders, a nonprofit headquartered in Paris that promotes press freedom around the world.

RSF helped explain the immigration process to his family and initiated a visa application with the French government.

“A lot of French journalists helped us to get here,” Aryobwal said.

As difficult as Aryobwal’s journey to France was, his experience in Paris has been good.

Initially, his family stayed at a transit center for two weeks before the government helped them find a temporary apartment. To date, a UNCHR report shows there are more than 80,000 accommodations in France for refugees.

However, the number of refugee applications recorded by the French government in 2017 alone was over 100,000.

The social assistant helped him connect with Pierre Claver, a school that helps integrate asylum seekers while they await refugee status. The school has been around for more than 10 years.

At the school, Aryobwal’s intense French courses helped him pick up his seventh language. He also met and befriended tutors, learned French history and learned what it meant to be a French citizen.

Like France, other western European countries are grappling with how to assimilate an influx of refugees. France, Italy, Germany, Sweden and the United Kingdom combined accommodate more than 75 percent of the refugees in Europe, according to the French Interior Ministry.

Though the number of refugees flocking to France is increasing each year, French Interior Minister Gérard Collomb has come out in opposition to a European Union proposal to institute migration quotas for countries in the EU.

For now, France is taking action on its own with a strict approach. The country appears poised to pass an asylum bill in the coming weeks that would extend the maximum number of possible detention days while immigrating from 45 to 90. However, it would also drastically cut the length of time an asylum seeker has to appeal a rejection to 15 days.

Many organizations in France and abroad claim these measures are too harsh, but proponents point to Germany, where decisions must be appealed in a week, according to the European Council on Refugees and Exiles, an NGO network that advocates for refugees and asylum seekers.

Jacqueline Gourault, who serves alongside Collomb in the French Interior Ministry, backs the measures. She believes they are necessary because Germany has begun “bouncing” rejected refugees to France.

And while French immigration policy has been kind to Aryobwal, he believes the refugee situation in France is poised to get worse and puts much of the blame to Collomb.

“What today the government is doing, is taking it to the extreme levels,” said Aryobwal. “The laws they are proposing are not humane and they are a dangerous precedent.”

In the future, Aryobwal hopes to have a direct influence on French policymaking. He says that the lack of a diplomatic corps in his native Afghanistan has inspired him to seek a career in diplomacy. Now a student at one of the highest globally ranked institutions, Sciences Po, he is working towards a career in the field.

However, given all the twists and turns his life has taken to this point, he still approaches his future with caution.

“Life is usually funny,” Aryobwal said of the idea of becoming a diplomat in France. “None of the things I had planned for my life worked out.”