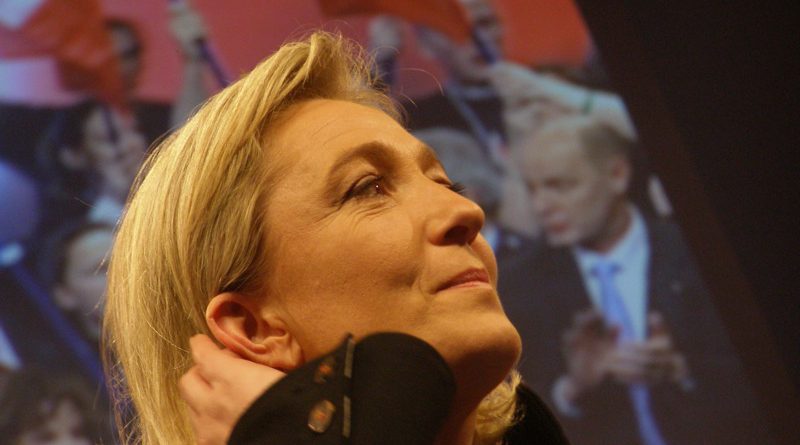 PARIS — Steve Bannon may be out of a White House job, but Donald Trump’s former chief strategist seems to have found a more eager audience on the other side of the Atlantic.

After a blistering defeat in the 2017 presidential election, members of the French far-right group Front National convened in Lille March 10 in an attempt to reshape their party for the future. At the conference, Bannon touted the strength of right-wing political movements across the Western world.

“What I’ve learned is that you’re part of a worldwide movement that’s bigger than France, bigger than Italy, bigger than Hungary, bigger than all of us,” Bannon told the FN. “Let them call you racist… because every day, we get stronger and they get weaker.”

Although Bannon’s speech came at a time of upheaval for the FN, his remarks served as a reminder that the party does not exist in a vacuum. While the FN itself has been around since the 1970s, it is one of many far-right parties in Western Europe that — in the last three years alone – seems to have gained traction at dizzying speeds.

Along with groups like the AFD in Germany and the Freedom Party in Austria and the Netherlands, FN is one of many far-right parties to attract a significant amount of attention – and votes – in recent years. In the Italian elections held earlier this month, for example, the far-right Lega party shocked Europe by winning about 18 percent of the vote, a larger share than Forza Italia, the center-right party headed by current Italian Prime Minister Silvio Berlusconi.

“This is remarkable for a party that before this year struggled to obtain double-digit results in national polls,” said Filippo Trevisan, an American University professor who researches the role of political communication in European elections.

In contrast with traditional right-leaning parties, whose platforms tend to espouse “family values” like opposition to abortion and LGBT rights, FN and its foreign counterparts are focused, above all, on immigration.

“All far-right populist parties in Western Europe follow an ideology which combines xenophobic rhetoric with anti-elitist sentiments,” said Mona Krewel, an expert on European politics and professor at Cornell University. “They strongly oppose immigration and claim to speak in the name of the hardworking common people who must bear the costs for an influx of immigrants, mostly from the Islamic world… part of their story is also the scenario that these immigrants, sooner or later, will take over the country.”

These parties — and the anti-immigrant sentiments they espouse — rose in popularity amid the ongoing Syrian refugee crisis, in which millions of displaced people, many of them Muslim, have fled Syria for Europe. Suddenly, Western European nations were taking on hundreds of thousands — or even millions – of newcomers – numbers for which they were arguably unprepared.

Despite the social and economic problems exacerbated by the refugee influx, “neither the EU nor individual nation-states have come up with viable solutions,” said Cornell sociologist Mabel Berezin. The resulting sense of frustration is a key factor in making voters susceptible to far-right ideology.

The effect of this influx was perhaps felt most strongly in Germany, where over 1 million immigrants arrived between 2015 and 2017.

“Germany was not at all prepared for those many migrants, and everybody was affected by this,” said Jana Puglierin, program director at the German Council on Foreign Relations. “At the beginning, there was a lot of positive energy, but the first game-changer was the New Year’s Eve event in Cologne.” Dozens of women were reportedly sexually assaulted at a street party in Cologne; many blamed the attacks on immigrants.

The German far-right AFD, Puglierin said, “exaggerate[s] all of these incidents that are happening and make[s] them the rule, not the exception,” thereby encouraging German citizens to fear refugees.

Many of these groups, including the Front National, have been accused of stoking fears among would-be voters in the service of racism, Islamophobia and xenophobia. A number of these groups also have what Berezin calls “unsavory origins” — which in some cases include members and founders affiliated with Nazism.

“There are many [Nazi] collaborators in the National Front. I’ve spoken with them,” said Mark Hunter, a professor, journalist and author of Un Américain au Front, a book about the FN in the 1990s.

After Marine Le Pen took over the party from her father, Jean-Marie Le Pen, in 2011, she “tried to make the party be more respectable,” said Garret Martin, a European politics expert at American University. Although that meant a move away from the Holocaust denialism espoused by the elder Le Pen, Marine Le Pen “moved towards tackling Islam as the main threat,” Martin says.

“We are being submerged by a flood of immigrants,” Le Pen said in an April 2017 speech. “There are prayers in the street, cafes that ban women and young women who get threatening looks if they wear a skirt. I will say, when I become president, that this is not the French way.”

Despite the FN’s new leadership, therefore, accusations of racism and fearmongering persist. In their May 2017 presidential debate, now-Prime Minister Emmanuel Macron called Le Pen “the high priestess of fear.” After Macron’s victory, Sen. Bernie Sanders, I-Vt., tweeted, “Congratulations to the people of France who today, by an overwhelming vote, rejected racism and xenophobia.”

In January 2017, many of these parties convened in Koblenz, Germany, for what they called a “counter-summit.” Le Pen was in attendance, along with leaders from the AFD, Lega, and the Dutch Freedom Party. At the summit, she praised the election of Donald Trump in the U.S. and the UK’s vote to leave the European Union: “In 2016, the Anglo-Saxon world woke up. In 2017, I am sure that it will be the year of the Continental peoples rising up.”

Although their electoral gains were not as strong as Le Pen predicted, many far-right parties did increase their political power over the course of that year. The AFD won 13 percent of the vote in the September 2017 German election, giving it 88 seats in the Bundestag, Germany’s parliament.

The Austrian Freedom Party was perhaps the most successful: its leader, Heinz-Christian Strache, became deputy chancellor in December, giving the FP control over Austria’s foreign, interior, and defense ministries.

The Front National and the Dutch Freedom Party performed poorly in their countries’ 2017 elections, although both won parliamentary seats: eight and 20, respectively. Le Pen lost the presidential election but received over 10 million votes.

Where are far-right parties going from here?

Experts say that in France, as throughout Western Europe, the defeat of far-right parties is dependent on the strength of the groups that oppose them.

“Whether the Front National gets anywhere or not will depend on whether Macron is able to bring down unemployment and jumpstart the French economy,” said Stephen Silvia, an expert on comparative politics at American University. “If, five years from now, the French still have unemployment hovering around 10 percent, I think the FN will be in a good position.”

As the FN works to reshape itself for future elections, Martin warns that some voters’ newfound passion for anti-immigration rhetoric in Europe may be here to stay: “It’s a trend that’s not going to dissipate any time soon,” he says of far-right parties like FN and AFD. “These parties have positioned themselves on the political landscape, they’ve gotten high levels of support. These levels may ebb and flow, but they’re not going to disappear altogether.”