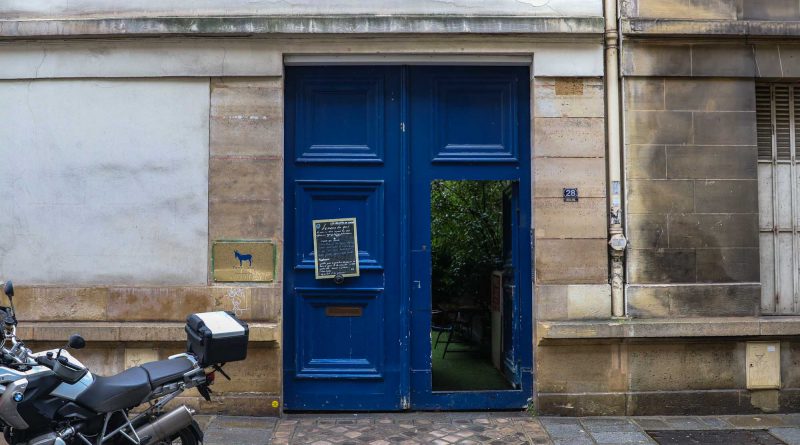 Outside the Pierre Claver School where 120 refugees are tutored in French language, culture and history, over a six months period.
International Relations
By Oyin Falana on March 15, 2018 refugees
Tweet

PARIS – Ayyam Sureau has dedicated the past 10 years to helping young refugees who have been arriving in France from Afghanistan, Syria and other trouble countries learn French – and much more. She says the real mission is their “integration into French society.”

Sureau’s school, Pierre Claver, has assisted about 3,800 students since its inception in 2008.

About 120 students are each assigned a French mentor, with whom they meet every week , often more than once a week, for six months to learn the French language, history and culture. Students are also encouraged to participate in sports and concerts organized by the school.

The success of Pierre Clavier has inspired the growth of similar organizations across the country, even on college campuses. However Sureau pointed out that her school is one of the very few that does not depend on government funding.

The school is funded privately primarily through personal and corporate donations. In addition to using the money for operational costs, the 20 students receive yearly scholarships through the donations.

Private funding gives Sureau liberty to take the school in whatever direction she deems fits without influence from the government.

With no advertisement, Pierre Clavier has grown from the original four Afghan asylum seekers to include students from 14 countries.

A student now at the school, Yara al Hasbani, fled Syria in 2014 after her father was tortured and killed by the Syrian army, after soldiers broke into their home and beat Yara, her mother and her younger brother.

Her optimistic expectations of France were shattered after spending eight months there with little interactions with the locals.

Pierre Clavier has given her a new sense of hope and opportunity. She now uses dance to tell stories on the streets of Paris. Although al Hasbani fled Syria years ago, she’s staying connected to the “revolution” in Syria through dance.

“We can talk through this thing [dance], not just through the words. We can speak with our bodies,” she said.

Sureau’s said she was motivated to start the school for refugees after she noticed they were being sent to bigger organizations that served people with varying needs.

“Treating them as homeless is a terrible mistake,” she said.

Sureau said that refugees needed a place where they could be helped to reboot their lives. The ethical thing to do was to “act as though they were here to stay.”

She sympathizes with the struggles refugees face in a new country; learning a new language, building new relationships and starting to build a life from the scratch.

The school facilitates connections between their students and French citizens.

Al Hasbani said the school, which she learned of from a friend, provides a safe haven to become comfortable in Paris “without any pressure.”

Tens of thousands of immigrants and refugees are spread across Paris, living in tents.

In the first three months of 2018, over 11,000 people fled to Europe and over 426 have been reported dead or missing, according to the UN Human Rights Council.

Fifty-five percent of refugees worldwide are from Syria, Afghanistan and South Sudan; 17 percent are in Europe.

Nationalists across Europe have expressed displeasure in the increase in refugees in the last few years. In France, right-wing populist and nationalist political party the National Front leads the group that links refugees with terrorism and economic burdens.

Sureau hopes to change the myths surrounding refugees by providing a place where refugees “meet French people or people living in France” and “build real relationships.”