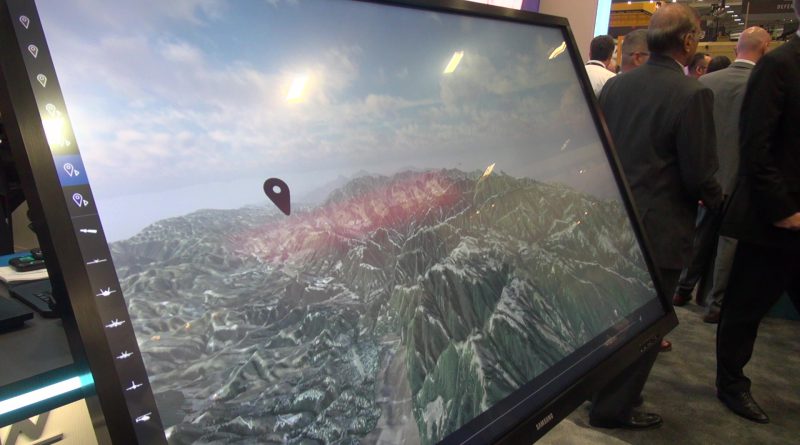 WASHINGTON – The U.S. military will incorporate the newest generation of solid-state fiber optic lasers as soon as 2021, according to officials of Northrop Grumman Corp.

At the Annual AUSA Trade Show, a Northrop Grumman official confirmed that the company has been contracted to deliver the first 50-kilowatt laser. This medium sized system will be able to engage all types of air targets silently without the need to reload.

Skinner said the new laser systems can be dialed up or down depending on the amount of energy the operator wants to put on the target. Dialing down can effectively disable many drones, while preserving energy. Laser systems are also easier to maintain than their kinetic counterparts, he said.

“The logistics train associated with laser weapons is minimal. Once you install the system and you can generate electricity, then you have a weapon system,” Skinner said.

He noted that the safety and potency of laser systems have increased significantly.

“In the past we used chemical lasers, which were dangerous. You had to handle a dangerous chemical to generate a laser beam. And then we went to … a solid-state slab laser, but they were fairly inefficient,” Skinner said.

“Today, we operate with solid state fiber optic lasers, which gives us the ability to safely operate the system, and yet at a high efficiency we can convert electrical energy into photons. It gives us the best of both worlds.”

Mike O’Hara, advanced programs manager at Northrop Grumman’s Missile Defense and Protective Systems Division, said the company currently is combining the fiber optic lasers with the more common kinetic weaponry, but as . artificial intelligence technology develops, “we’ll be able to maximize the use of different types of weapons and sensors.”

In the future, Northrop Grumman will focus on manufacturing passive weaponry, which doesn’t radiate and therefore cannot be detected, O’Hara said.