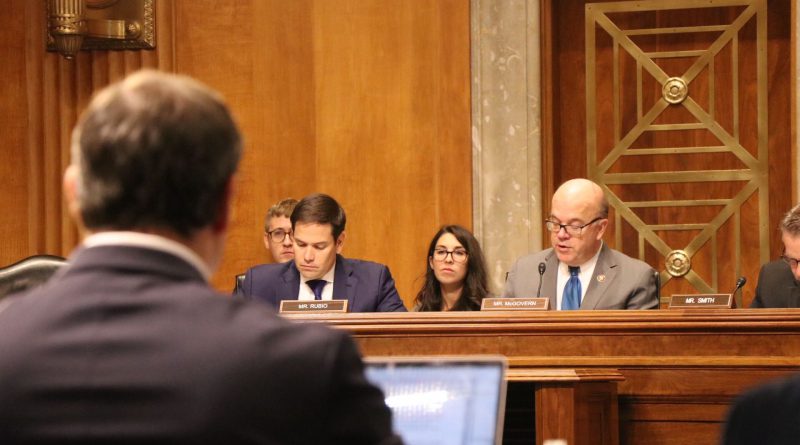 WASHINGTON — The Chinese government has instituted a far-reaching system of forced labor, requiring mass internment camp detainees and others to work in food and textile production and manufacturing as a part of global supply chains in the Xinjiang Uyghur Autonomous Region, human rights experts told the Congressional-Executive Commission on China on Thursday.

Amy Lehr, director of the Human Rights Initiative at the Center for Strategic and International Studies, said that she has evidence that China forces Uyghur women to work at camps in the textile industry for low wages and takes away their children by force.

Michael Posner, former assistant secretary of state for democracy, human rights and labor, testified that Chinese authorities have attempted to justify mass surveillance as a tool to fight terrorism.

Posner cited the recent NBA controversy as an example.

He supported Daryl Morey, general manager of the Houston Rockets, who supported Hong Kong protesters on Twitter. Posner called for more attention not only to Hong Kong, but also to Xinjiang.

“People who are suffering from human rights violations need our help,” he said.
Nury Turkel, chair of the board for the Uighur Human Rights Project, said Uyghurs and other Turkic Muslim minorities are detained in extrajudicial mass internment camps in Xinjiang.

Rep. Christopher Smith, R-N.J., has draft legislation that would require U.S. government action responding to China’s repression of the Uyghurs in Xinjiang.

Turkel claimed the China installs monitoring software on the phones of Xinjiang citizens, saying that after he testified before a Senate committee, he lost calls from his parents due to monitoring.