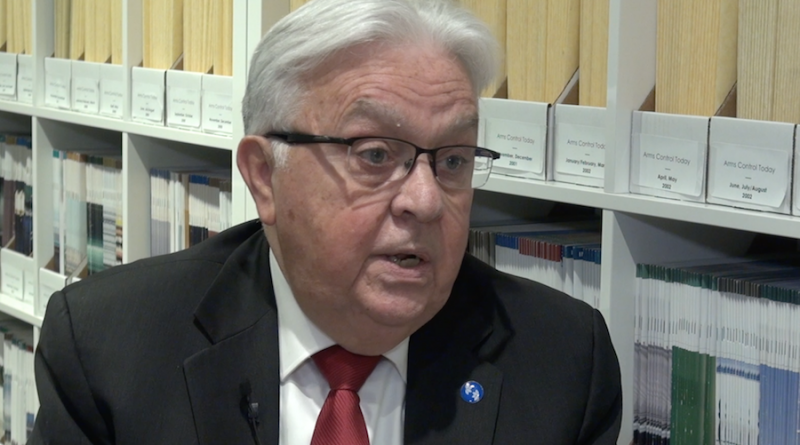 WASHINGTON — While nuclear bombs are the most discussed weapons of mass destruction, intelligence experts are worried that China, Russia, and North Korea have unknown amounts of of chemical and biological agents like VX nerve agent and chlorine gas as part of their weapons programs.

“With chemical and biological issues, we know that toxic chemicals, dangerous chemicals are ubiquitous. They’re everywhere in the world,” said Paul Walker, vice chairman of the board of directors for the Arms Control Association and one of the organizers of the first U.S. on-site inspection of a Russian chemical weapons stockpile in Siberia in July 1994.

In 2017, the Organization for the Prohibition of Chemical Weapons verified the elimination of seven chemical weapons facilities in Russia. However, the U.S. Intelligence community’s 2019 Worldwide Threat Assessment, said Russia has used a chemical weapon on the battlefield in the last two years.

During a January hearing of the Senate Select Committee on Intelligence on the intelligence community’s Worldwide Threat Assessment, some lawmakers zeroed in on China’s advancements with biotechnology.

Sen. Michael Bennet, D-Colo., questioned the intelligence leaders about dual-use capabilities — weapons that can be used for peaceful and military purposes—that China could infuse into its One Belt, One Road economic initiative, which aims to strengthen relationships with neighboring countries through investing billions in infrastructure along the Silk Road connecting Asia and Europe.

Defense Intelligence Agency Director Lt. Gen. Robert Ashley said over the next decade China’s dual-use technologies in genetics and biotechnology will result in good and bad  effects on global security.

“There’s a multitude of things whether it gets into human engineering, it gets into how do you cure disease,” Ashley said. “But at the same time, there’s kind of the flip side nefarious aspect of that so there’s a plus and a negative side to the risk to the medical.”

Director of National Intelligence, Daniel Coats added that China has taken significant action “to gain superiority by “what they are doing and how they spread it around the world through the Belt and Road initiative and a number of other initiatives.”

Gary Ackerman, an associate professor with the College of Emergency Preparedness, Homeland Security and Cybersecurity at the University of Albany, said China’s dual-use technology is strengthening its chemical and biological programs.

“The capability for chemical and biological, in terms of the dual-use nature of it, is extremely high for China, probably higher than certainly anywhere else outside the U.S.,” Ackerman said.

But Federation of American Scientists, senior fellow Jenifer Mackby said China has taken steps to establish a code of conduct to promote the use of science for peaceful purposes and the betterment of mankind.

“China has been very active in particular proposing a code of conduct to try to regulate to the extent possible, education on biotech and possibilities for bioweapons use,” Mackby said.

North Korea is another country with biological and chemical weapons capabilities, but there is limited intelligence on the exact size of its stockpiles.

John Parachini, a senior policy analyst at the RAND Corporation, said the United States should carefully assess intelligence on North Korea’s capabilities before making hasty conclusions about their weapons programs.