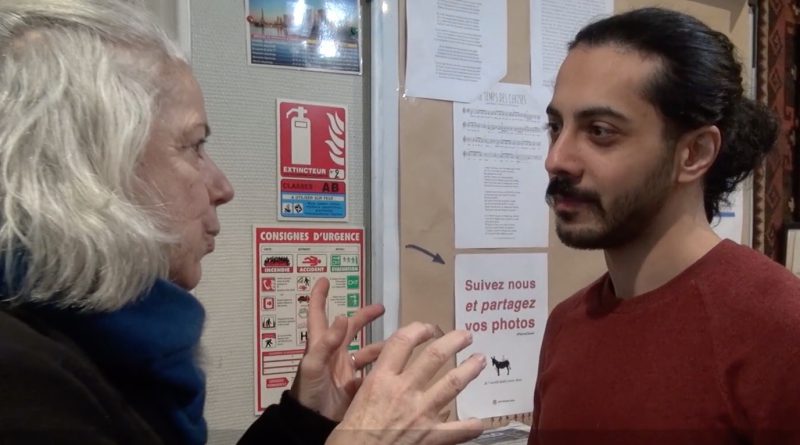 “In Central America, the levels of violence against women are astronomical,” said Immigration and Human Rights Clinic Co-Director Lindsay M. Harris in a statement. The push factor for refugees from the Middle East “is more political and that can tend to include more men being targeted.”

The Migration Policy Institute, which supports liberal immigration policies, noted in an article on its website that U.S. asylum applications from Central America “are not disaggregated by sex.” The lack of available data makes it difficult to calculate exact figures of Central American women refugees entering the United States.

The Center for Immigration Studies, which seeks to end illegal immigration, s uses U.S. Customs and Border Protection data on family unit apprehensions to estimate the representation of women fleeing Central America. Southwest border data suggests that, using the assumption that at least one woman is included in a family unit, at least 68,541 Central American refugees were women. Customs and Border Protection considers a family unit as the total number of individuals apprehended with a child under 18 by the U.S. Border Patrol. More than 60 percent of apprehensions could have included a woman with a child.

Matthew Sussis, assistant director of communications at CIS, said the refugee and asylum population from Central America “used to be overwhelmingly men, specifically single men.” Sussis said he thinks with the surge of family units crossing the border, the number of women from the region is rising.

According to researchers at the Migration Policy Institute, “the female proportion of adult apprehensions at the border increased steadily from 14 percent in (fiscal) 2012 to nearly 27 percent in (fiscal) 2017.” MPI also said girls under 18 from Central America “constitute an even greater share of the apprehended child population, at 32 percent in [fiscal year] 2017.”

Many of the women leaving El Salvador, Guatemala, Honduras and Mexico cite women-targeted homicides and violence. El Salvador and Honduras were among five countries with the highest rates of violent femicide – the killing of a woman because of her gender — in the world in 2015. Just 5 percent of femicide cases opened by the Salvadoran government from 2013 to 2016 resulted in a conviction.

Another factor that contributes to a gender gap among refugees in Europe compared with the United States is geography. Men are more likely to flee when the route requires sea travel while women tend to travel by land to nearby or neighboring countries.

“The female share of asylum seekers crossing to Greece from Turkey has been higher than the female share trying to cross the central Mediterranean from Libya to Italy because the latter is a more dangerous route,” said David Scott FitzGerald, co-director at the Center for Comparative Immigration Studies.

According to the United Nations High Commission on Refugees, men coming from Afghanistan, Syria, Iraq and Libya dominate sea arrivals in Greece and Italy. In Greece, male arrivals between the ages of 18 to 39 accounted for 35 percent of more than 32,000 refugees and migrants arriving by sea in 2018 — compared to female arrivals of the same age range, who made up 19 percent.

UNHCR global spokeswoman Elizabeth Throssell said the varying gender patterns of refugees do not have a simple root cause.

Lauren Heidbrink, a professor of human development at California State University, has studied refugee and migration experiences in Italy and Central America. She agrees that beyond the migrational trails, women migrants and their communities grapple with social challenges that complicate their journeys. Heidbrink mentioned her case study of people in Afghanistan as an example.

“On the one hand, they wanted to avoid the narrative that talked about Middle Eastern men being dominant over women and women not having rights,” Heidbrink said. “But, at the same time, they recognized that there is a different cultural context that they were in and were really struggling with understanding that context.”

While Heidbrink said there are cases where regional gender norms influence a woman’s ability to migrate, she cautioned against generalizations to explain why Middle Eastern men account for a substantial portion of the refugee population in Europe.

In France, the female to male refugees and asylum seekers representation ratio is not as stark as other EU member states. But it can be seen in social settings, such as educational institutions.

“Between 35 and 40 percent of our students are women,” said Ayyam Sureau, director of the school. “Among the refugees, 40 percent are not women. We want an environment were women exist.”

Sureau said the school has to recruit more women to achieve their representation goals.

Lava Meshko, one of the female students at Pierre Claver who fled Syria, said her gender complicated her experience as a refugee.