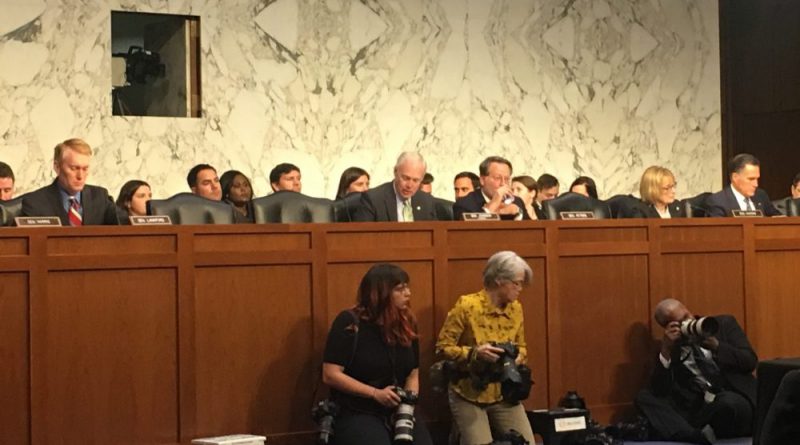 WASHINGTON – In the wake of the murder of nine Americans in Mexico, FBI Director Christopher Wray and Homeland Security Under Secretary David Glawe said Tuesday that Mexican cartels pose a significant threat to U.S. security.

The nine U.S. citizens were killed in an ambush in the Mexican state of Sonora. At a Senate Committee on Homeland Security and Governmental Affairs hearing, Glawe said, “The reprehensible killings in Northern Mexico of American citizens, including women, children and infants, is a stark example of how these brutal organizations operate on a daily basis. The violence disregard for human life displayed by these organizations is a barbaric and gruesome as any terrorist organization we see around the globe.”

Glawe said cartels have made some areas in Mexico “lawless.”

President Donald Trump has condemned the murder of the family on Twitter and said, “This is the time for Mexico, with the help of the United States, to wage WAR on the drug cartels and wipe them off the face of the earth.”

Sen. Gary Peters, D-Mich., said the FBI has not provided information on threat of domestic terrorism to the committee.

“Do you require a subpoena to respond to routine document requests from this committee?” Peters asked Wray.

Wray said the FBI has provided information in the form of monthly domestic terrorism reports and verbal briefings.

Sen. Rick Scott, R-Fla., asked if anyone in the FBI had been held accountable for not preventing the shooting at Marjory Stoneman Douglas High School in 2018. Wray said that the agency has increased staffing, training, technology, added oversight and put in new leadership at the FBI public call center to better evaluate tips.