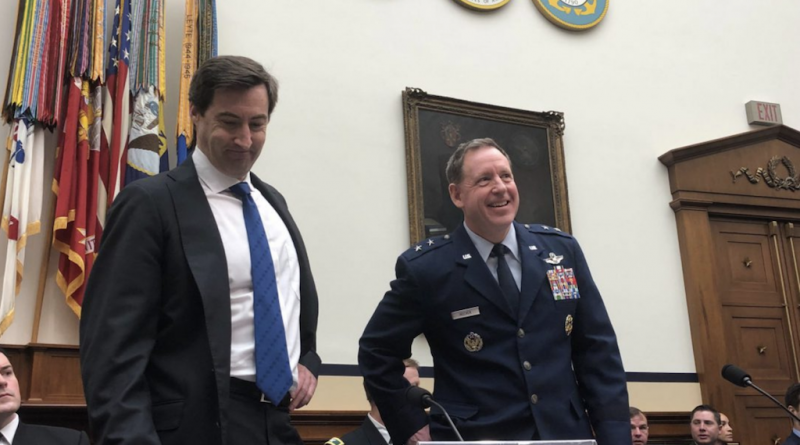 WASHINGTON – U.S. counterterrorism officials warned lawmakers Wednesday that ISIS and Al-Qaeda remain a threat to national security despite efforts to disrupt their networks.

Owen West, Assistant Secretary of Defense for Special Operations and Low-Intensity Conflict, said the U.S.-led coalition has almost destroyed the physical caliphate of ISIS in Iraq and Syria.  But he added the group’s strategy has changed.

Hecker warned the threat of another terrorist attack looms large, saying Al-Qaeda still has intent to harm the U.S.

Congressmembers focused heavily on President Trump’s decision to withdraw troops from Syria, wondering how such a move would affect counterterror operations.

West joins some Defense Department officials, including Mattis and U.S. Central Command chief Gen. Joseph Votel, who have said they opposed or were not consulted about Trump’s decision.

Hecker said pulling out of Syria would make it harder for the Pentagon to eliminate terror threats in the region.

“It will be difficult to keep up the pressure in Syria” if the U.S. withdraws, he said.

“It is much more effective to be co-located with our partners,” West added.

When pressed to explain the thinking behind the decision to pull out, West said, “I do not know the strategic thinking that went into it.”

The officials also discussed the military’s operations at the southern border.

Hecker said a “crisis reaction force” has been deployed to the border to assist Customs and Border Protection with buses of migrants, which Trump has labeled as a caravan.

But Hecker did not endorse Trump’s claim that terrorists are entering the country through the southern border.

“I am not aware of any terrorist threat” coming from South or Central America, he said.

Around 6,000 active-duty troops are serving at the border, but most are engineers placing concertino wire and mobile surveillance cameras, Hecker explained.

West and Hecker said they support the negotiations currently underway with the Taliban in Afghanistan, but stressed the need to continue to put military pressure on the group.

“We’ve made progress,” Hecker said, “but we still have a long way to go.”

“We cannot shoot or bomb our way to a victory over extremist ideology,” Smith said.

West said the Pentagon is focused on terrorist groups’ use of social media, but specifics on how the Defense Department is combatting it would have to be addressed in a subsequent classified briefing.