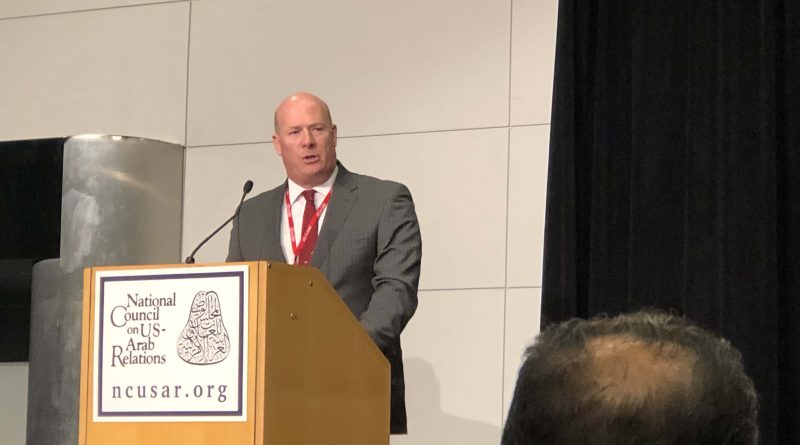 The United States has been aiding Arab nations militarily for decades and has spent large sums of money in doing so. The U.S. is the top arms exporter, accounting for 36% of the global share, according to a 2018 report released by Stockholm International Peace Research Institute. Top two buyers of U.S. major arms are Arab nations — Saudi Arabia and the United Arab Emirates.

However, experts on the subject agreed that providing foreign militaries’ education, with a focus on the English language, is “key” to advance defense relations between U.S. and Arab nations. “In order to be interoperable, English language proficiency is priority one, two and three,” said Lincoln Bloomfield of the nonprofit think tank- Stimson Center and a former ambassador.

“The most requested Saudi military training course is actually English language instruction,” David Des Roche, a fellow at the National Council on U.S.-Arab Relations, said. “All throughout the region there is a major focus on professional military education and inculcating a culture of critical thinking, which has been repressed for both bureaucratic, institutional and in some cases…cultural reasons.”

Arab countries rank the lowest in English proficiency, according to the English Proficiency Index. While the 2018 index showed improvement in the ranking for Saudi Arabia, experts at the 28th U.S. Arab Policy Makers Conference on Thursday said the need to move beyond equipment and towards education and training in the English language is reciprocated by U.S.’s Arab partner’s as well.