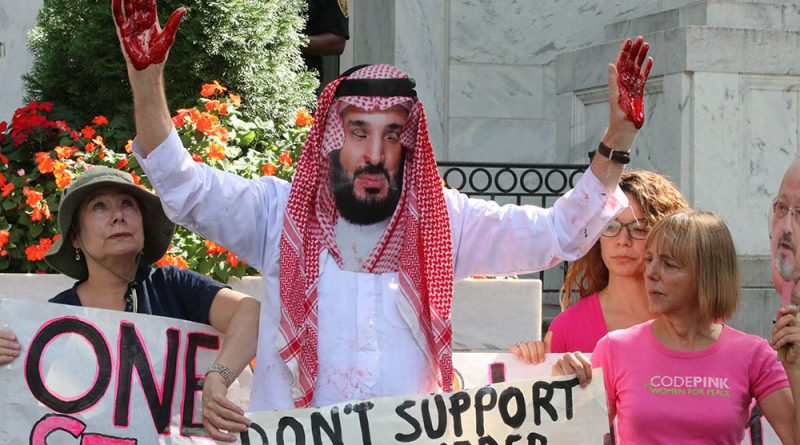 WASHINGTON — One year after the death of journalist Jamal Khashoggi, activists from groups including the Council on American-Islamic Relations and CodePink protested outside the Saudi Arabian embassy to implore the Trump administration to hold the Saudi Prince Mohammed bin Salman accountable for directly ordering the murder.

Khashoggi, a Washington Post columnist, was a “martyr for the cause of free speech and reform,” said Robert McCaw, director of government affairs for the Council on American-Islamic Relations, at the Wednesday protest. He condemned the administration for not having a strong response to the incident. President Donald Trump has resisted pinning the blame on bin Salman, instead choosing to stand with the monarch and advance the diplomatic relationship between the United States and Saudi Arabia.

“President Trump’s willful indifference to the murder of an American resident by a U.S. ally is a shameful reminder that some in power will always choose economic opportunity over human life and freedom,” McCaw said.

Khashoggi, a dissident journalist critical of the country’s regime and bin Salman’s policies, entered the Saudi Arabian consulate in Istanbul at 1:14 p.m. on Oct. 2, 2018 and never came out. According to U.S. and Turkish authorities, assassins from Riyadh killed and dismembered him inside the building. The CIA reported in November 2018 that bin Salman likely ordered the murder. A U.N. report released in June reached the same conclusion.

Code Pink Co-Director Medea Benjamin said that justice would be achieved if bin Salman is put on trial for war crimes for ordering the murder of Khashoggi and for the crimes he is “committing on a daily basis” with regards to the war in Yemen. She brought up instances when the prince has imprisoned women activists, human rights lawyers and government critics.

Additionally, she called for withdrawal from Saudi Arabia by the U.S. government and organizations that benefit from Saudi financial investment, such as businesses and universities.

“This is a message to all of you out there who continue to take blood money from Saudi Arabia,” Benjamin said. “The time has come to cut your ties with this bloody regime.”

Khashoggi’s death is an example of the widespread violence against journalists, according to the Committee to Protect Journalists. Sixteen journalists have been killed in 2019 so far as a direct reprisal for their work, according to the organization’s data. Advocacy Director Courtney Radsch said that although Khashoggi’s death illuminated to the public the danger journalists face, it also may have made the profession less safe because of the lack of repercussions.

“It has actually made it less safe for journalists because of the lack of response by the United States and how the international community essentially just went back to business as usual with Saudi Arabia,” she said.
McCaw said that a major goal for next year is to rename the street in front of the Embassy of Saudi Arabia to Khashoggi Way as a reminder that “you can kill the messenger, but you cannot kill his message.” 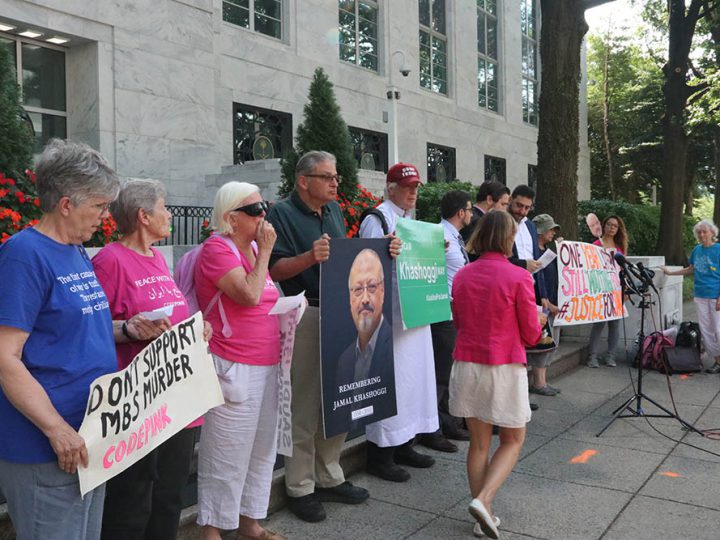 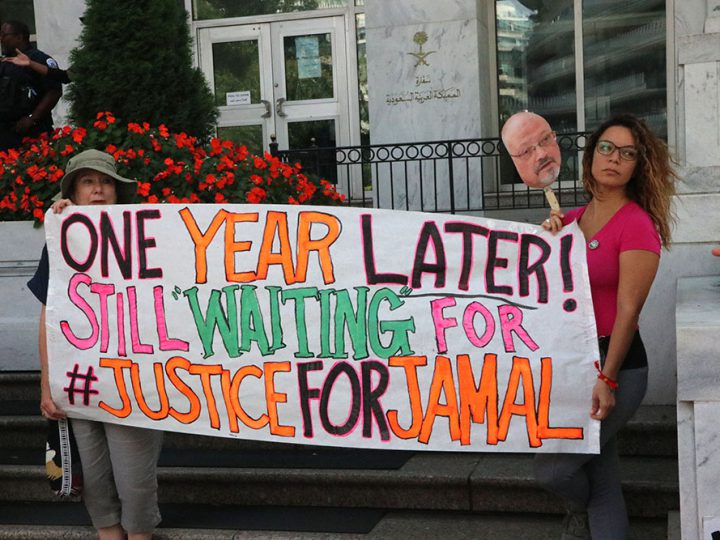 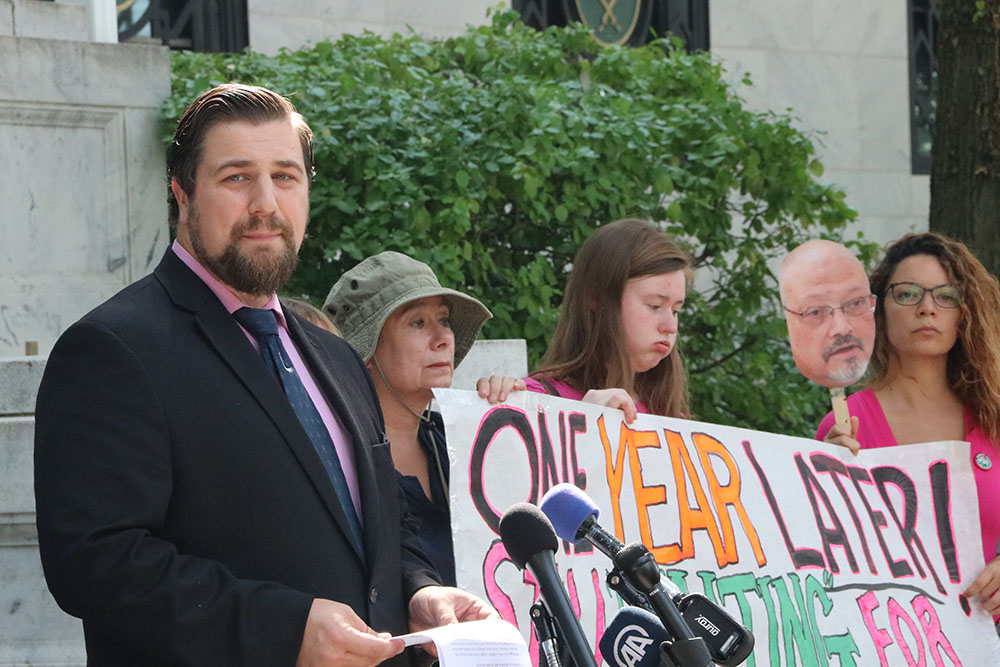 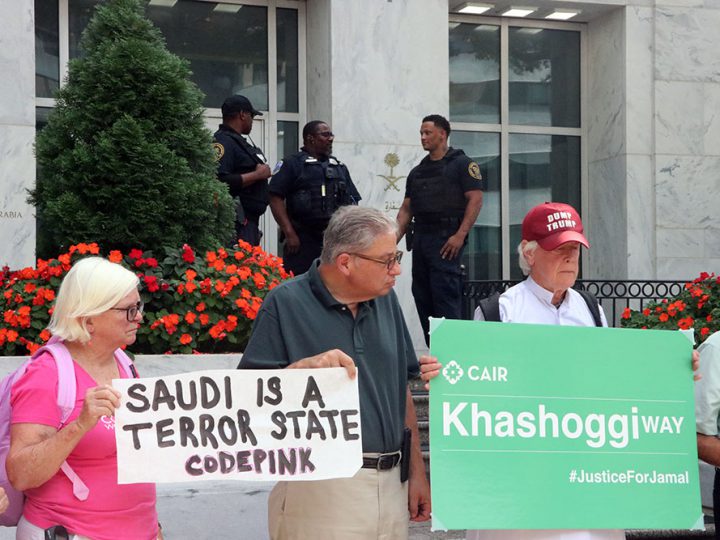 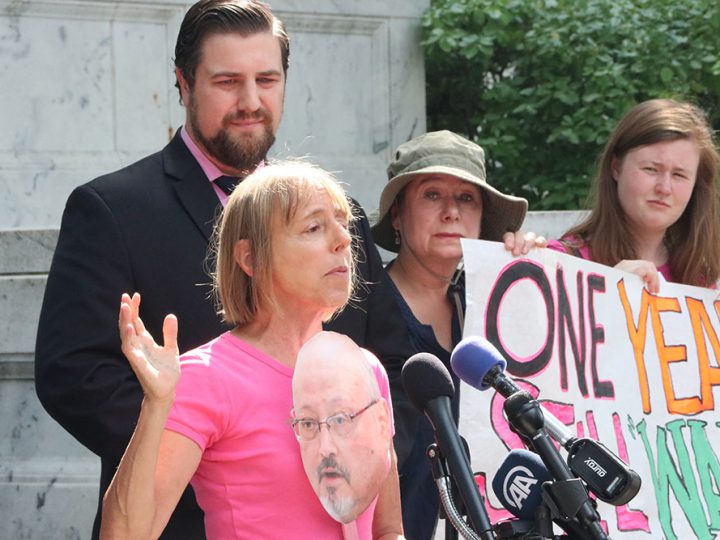 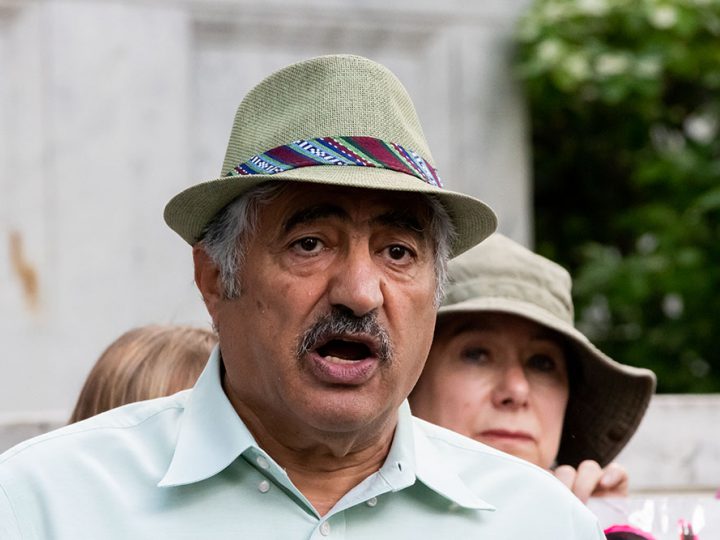 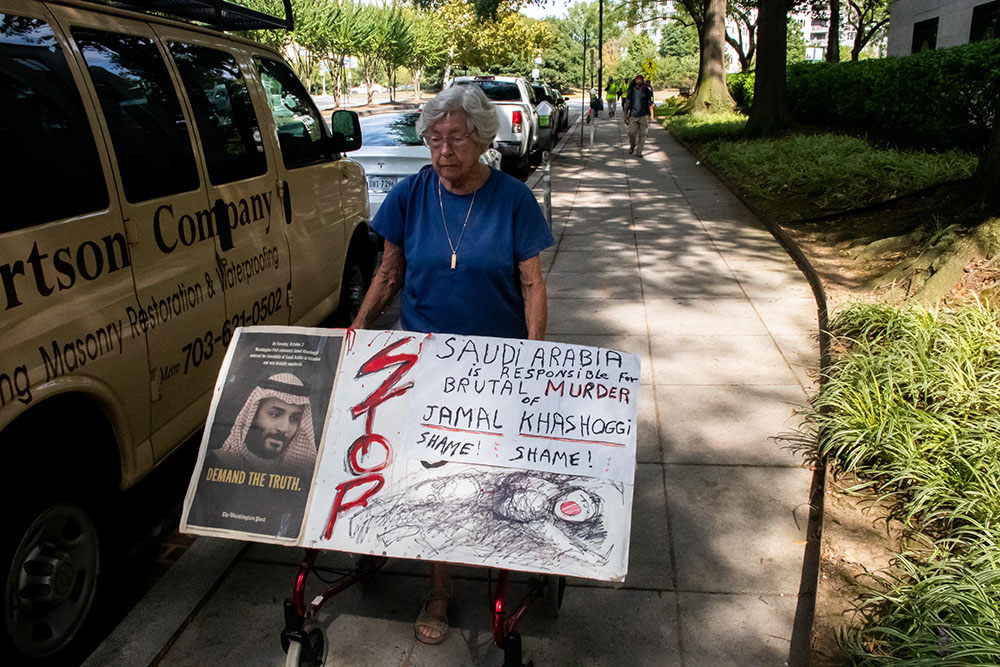