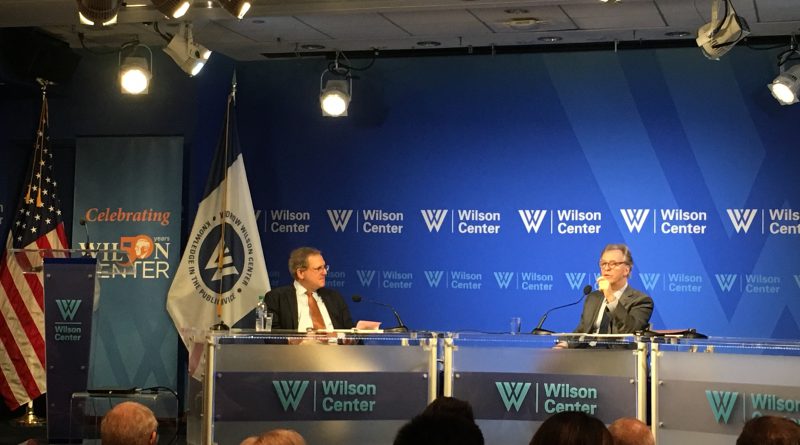 WASHINGTON – The Trump administration has a better chance of getting a nuclear deal with North Korea than with Iran because North Korea wants to talk, but solidifying an agreement will require another meeting between President Donald Trump and North Korean leader Kim Jong-Un, an international security expert said Tuesday.

Robert Litwak, author of the new book “Nuclear Crises with North Korea and Iran,” said North Korea, a country that has no oil, values its nuclear weapons as essential to “regime survival” and “their bargaining chip” to negotiate with the U.S. and South Korea. For Iran, it’s about “uranium” and “lifting all sanctions” in oil revenue and frozen assets, he said.

David Sanger, a national security correspondent at The New York Times, said another difference between Iran and North Korea is that North Korea “has the ability to reach the U.S.” with nuclear weapons and missile programs, but Iran does not.

Speaking at the Wilson Center, Litwak, who is senior vice president for international studies at the think tank emphasized the importance of having another summit between Trump and Kim because previous working-level discussions held by negotiators have brought the consequences of “at least got fired or at worst executed.”

According to Litwak, “the current transformational approach relies on maximalist goals that cannot be attained short of regime change; what is necessary and more plausible is a transactional strategy with discrete, limited objectives.”