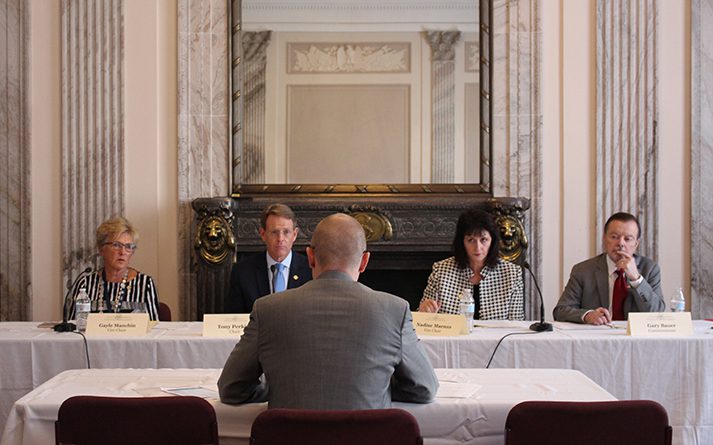 WASHINGTON – Despite a significant increase in dollars and manpower, the U.S. has had only “modest success” in encouraging the return of refugees to Iraq’s Nineveh Plain and Western Nineveh, according to an official on the U.S. Agency for International Development.

In the two years since Vice President Mike Pence called on the U.S. government to offer more support in Iraq, USAID and the Department of State have provided $380 million for rebuilding efforts and expanded its partners to include 57 local, 13 faith-based and 35 international organizations.

But so far, those efforts have not encouraged displaced communities to return, particularly those targeted by ISIS, said Hallam Ferguson, USAID’s senior deputy assistant administrator of the Middle East Bureau, at a hearing by the U.S. Commission on International Religious Freedom.

“We are struggling against tectonic forces in Iraq in which the ISIS genocide is only the latest factor contributing to the declining size of the country’s religious and ethnic minority populations,” Ferguson said.

Over 900,000 individuals originally from the Nineveh Plains, an area in northern Iraq with large Assyrian communities, are still displaced. The Assyrian population in Iraq prior to 2003 was approximately 1.5 million, according to Reine Hanna, director of the Assyrian Policy Institute. Today, that number has dropped to less than 200,000.

This decline has prompted Assyrians to form a security forced called the Nineveh Plain Protection Units. Since 2014, the NPU has worked alongside U.S. armed forces to liberate the Nineveh Plain from ISIS and provide regional security.

“In the NPU, the United States now has a security partner in the defense of religious freedom,” she told commissioners.

Today, security in the Nineveh Plain is divided between KRG Peshmerga forces, largely Iranian-backed militias known as Brigade 30 and Brigade 50, Iraqi Army forces and the NPU.

A new threat of Iranian influence has expanded into the region as largely Shia Muslim militia units, known as Popular Mobilization Forces, entered Iraq to fight ISIS but have since lingered.

The Iraqi government has pledged to rein in these militias, however just this week the U.S. government learned that Brigade 30 has assumed the role of registering NGOs implementing U.S. projects in the area, according to Ferguson.

“Until the Iraqi government resolves these security concerns, it will be extremely difficult for members of persecuted minority groups to return home,” he said.