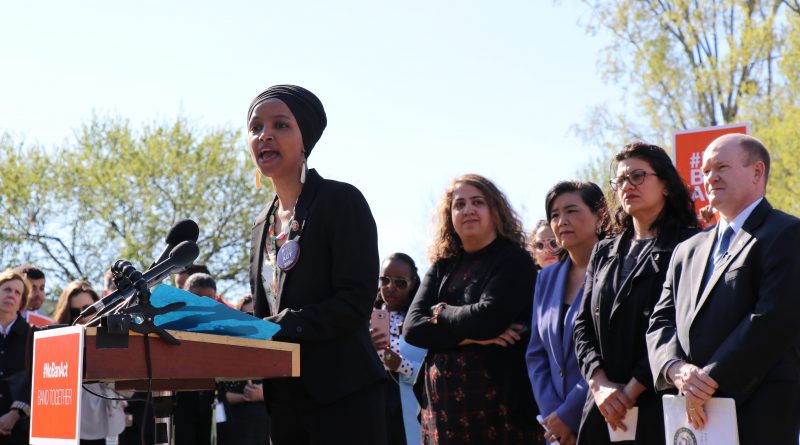 WASHINGTON — The last time Mana Kharrazi spoke with her uncle in Iran on the phone, she told him he could not visit the U.S. because of President Donald Trump’s so-called “Muslim ban,” an executive order barring travel from seven mostly Muslim-majority countries. She did not know her uncle was dying.

“None of [my family] knew he would die from cancer before this dark chapter would end, that this ban would outlive him,” Kharrazi said Wednesday at a Capitol Hill news conference. “Losing him was another tragedy that my family endured while apart.”

Two Democrats, Sen. Chris Coons of Delaware and Rep. Judy Chu of California, announced at the news conference that they will introduce legislation repealing Trump’s travel ban. The bill would terminate the ban, prevent future laws from discriminating on the basis of religion, and curb executive power.

In one of his first actions as president, Trump issued the executive order in January 2017 halting travel from eight Muslim-majority countries to the U.S. on the grounds of national security. Civil rights activists and religious leaders immediately said it discriminated against Muslim communities and caused undue harm by separating families.

“[Trump’s] policy was poorly conceived, hastily executed, motivated by prejudice, and caused enormous pain,” Chu said. “That pain still persists. It has nothing to do with national security and everything to do with instilling fear of the Muslim community.”

Omar was born in Somalia and came to the U.S. at age 12 as a refugee.

“I think about the little Ilhans who, like me, would also like to experience the American dream,” Omar said. “They will no longer be able to fulfill that promise.”

Coons predicted the bill would pass the Democratic-controlled House of Representatives this year but would likely not become law until after the 2020 presidential elections because of opposition in the Republican-controlled Senate and the likelihood of a Trump veto. Nevertheless, Coons said it is important to debate the issue and compel Republicans to take a position by forcing a vote.

Despite multiple legal attempts to overturn the policy, the Supreme Court ultimately ruled in favor of a revised version in June 2018 that removed Chad from the ban, saying those affected could apply for waivers. In its current iteration, it lists seven countries — Libya, Iran, Syria, Somalia, Yemen, Venezuela, and North Korea — from which the U.S. will not accept immigrants or travelers.

Immigrants and travelers from targeted countries can apply for waivers to travel to the U.S. But in the initial 11 months of the ban, only 6 percent of the 38,000 visa applicants who requested waivers were approved, according to data analyzed by Reuters last week.

A State Department spokeswoman did not return requests for comment.

Leaders and community organizers who filled the lawn outside the Capitol expressed determination to fight the ban until its repeal.

“The president would have you believe that this issue has quieted down or gone away, but that’s not the case,” said Farhana Khera, executive director of Muslim Advocates, a civil rights organization.