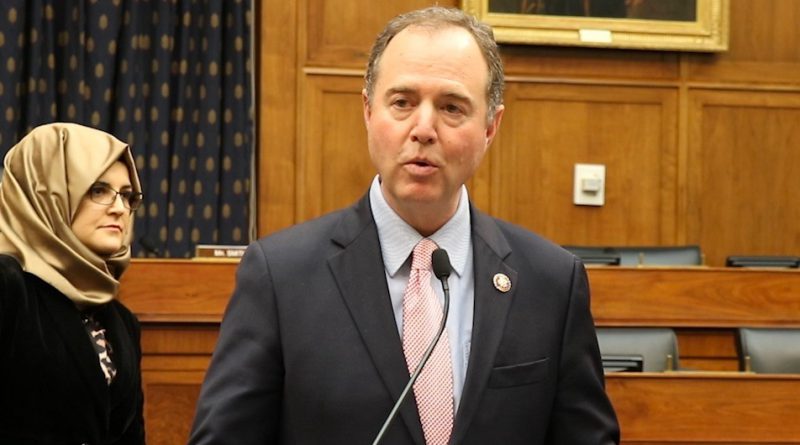 “Jamal was passionate about the cause of freedom and democracy for Saudi Arabia and the Arab world,” Schiff said. “But his clear-eyed advocacy for human rights rings true anywhere freedom of expression is under attack.”

Khashoggi was murdered Oct. 2 in the Saudi consulate in Istanbul, Turkey, and his body was dismembered. At first, Saudi Arabia denied the murder had occurred, but eventually acknowledge it and said the murderers were rogue operators in the intelligence community. According to some reporters, the U.S. intelligence community believed evidence pointing to Saudi Arabian Crown Prince Mohammed bin Salman as the orchestrator.

A bill introduced in the House April 2 would require the Office of the Director of National Intelligence to provide a list of all those it determines had a role in Khashoggi’s killing and permanently deny them entry to the U.S. No action has been taken on the bill.

Khashoggi’s fiancé, Hatice Cengiz, testified at a House Foreign Affairs subcommittee earlier Thursday. She asked Congress to launch an international investigation into Khashoggi’s murder and step up its efforts toward justice, noting that U.S. interests in Saudi Arabia should not take precedence over American values.

The Trump administration imposed some sanctions against those the Saudi government said were the perpetrators, but has not taken action against bin Salman. Germany and other European counties have canceled arms deals with Saudi Arabia because of the murder.