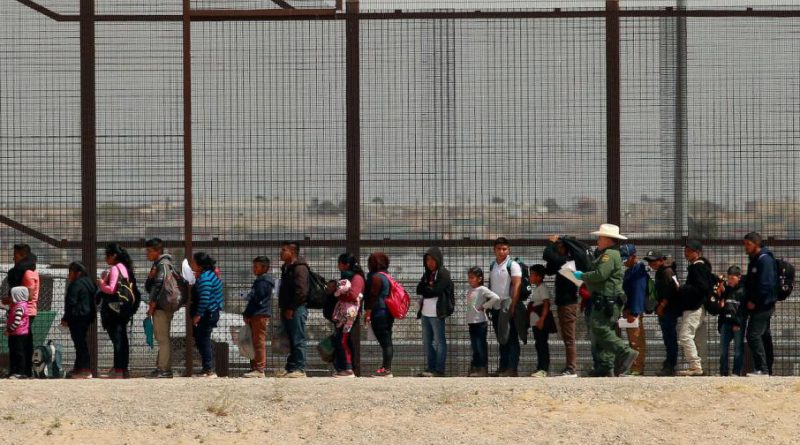 WASHINGTON — The U.S. Commission on Civil Rights should take immediate action to intervene and increase its oversight of the Trump administration’s policy separating the children of undocumented immigrants from their parents because it created a cycle of violence, immigrants, religious leaders and civil rights advocates told a commission subcommittee on Friday.

In June 2018, the Trump administration issued a “zero tolerance” policy in an effort to deter migrants, a majority from Central America, from entering the U.S. The policy resulted in the separation of nearly 2,800 immigrant children from their families at the U.S.-Mexico border in a little over a month.

During February 2019 testimony before the House Judiciary Committee, Nathalie Asher, an executive of Immigration and Customs Enforcement’s Enforcement and Removal Operations, said ICE had worked hard to reunify all families as fast as possible. “To be clear, throughout the reunification process, the government’s primary goal has been the protection and care of the children involved, and ICE has carried out its supporting role in the reunification effort with this in mind,” she said.

Yet, despite a court order to reunify all immigrant families separated under the “zero tolerance” policy last year, not all children have been reconnected with their parents. The government said the process could take up to two years.TheCommission on Civil Rights already has condemned ICE’s treatment of immigrants. USCCR issued an enforcement report to in 2015 after investigating detention centers and finding many failed to uphold the constitutional rights of detainees. But the commission’s subcommittee called for reopening its investigation into detention centers, inviting the public to comment in person on Friday.

One of the commenters, Ishalaa Ortega, a transgender woman who has been granted asylum, said on Friday that she was arrested and detained for 50 days in a Corrections Corporation of America facility (now known as CoreCivic) in San Diego when she requested asylum at the Mexico-U.S. border after receiving death threats in Mexico.

She said she faced unrelenting discrimination and violence at the hands of ICE agents. A Human Rights Watch report found that transgender women experience high rates of mistreatment, abuse, and solitary confinement in detention because of their gender identity or expression.

“Asylum seekers are looking for protection, but we are getting treated like criminals,” Ortega said. “We all, together, should find alternatives to prison for undocumented people, especially transgender women who are the most vulnerable besides children.”

There are over 50,000 immigrants incarcerated in over 250 detention centers. They must wait to plead their case for asylum in immigration court, but many are unable to afford bond or representation. The vast majority of immigrants seeking asylum carry no criminal record, according to TRAC, a Syracuse University database.

“People are living in conditions no different than prisons as they await the outcome of their immigration court proceedings. [It’s] a punishment without a crime,” said Laura Rivera, an attorney with the Southern Poverty Law Center. “Scores of our clients have never been free inside the United States.” Multiple witnesses who testified said immigrants received soiled garments, spoiled food or a lack of medical care while in detention.

The recent surge in arrests and detentions is part of a “season of rapid expansion,” said Mary Small, the policy director of Detention Watch Network, a network of organizations fighting to end the detention of immigrants. “Over the course of this year, our government will detain the equivalent of the entire population of New Orleans.”

The federal government announced plans to expand detention centers in cities like Houston or Dallas as recently as last week.U.S. Department of Health and Human Services also called to add 3,200 beds at Homestead Temporary Shelter, a shelter in Florida run by a contracted private company.

Former Department of Homeland Security Secretary Kirstjen Nielsen pleaded with Congress in a letter last week to address the shortage of detention beds. “We need additional temporary facilities as soon as possible in order to process arriving aliens, especially those entering illegally between ports of entry,” she wrote.

But many speaking at the commission said the government must consider alternatives to detention, which many said caused irreversible trauma.

“It doesn’t matter how our government does it or what pictures they put up on the walls,” said Mariela Olivares, a professor and scholar of immigration law. “Locking up children is never in their best interest of their families.”