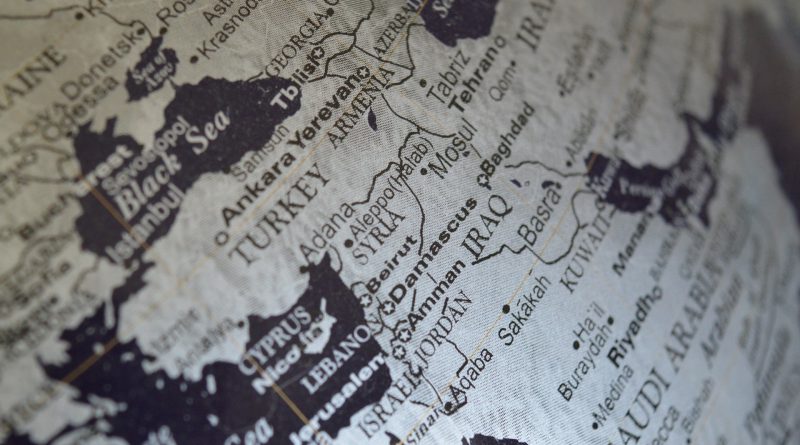 A map of Iraq (Pixabay)
Conflicts and Terrorism
By Niko Boskovic on February 6, 2020February 17, 2020 conflict
Tweet

UNESCO has for years been the United Nation’s agency in charge of advocating for basic human rights, including freedom of expression.

“Targeted attacks on media workers present an intolerable threat to press freedom and to free and open debate,” said Azoulay.

Saafaa Ghali and Ahmed Abdul Samad were in Basra, a city near the Iranian border, when an unknown gunman opened fire on their car, killing them.

So far, more journalists have been killed in 2020 in Iraq than during all of 2019, according to research by the journalists’ safety group Reporters Without Borders.

Tensions in the area have risen since the U.S. air strike that killed Iranian Gen. Qassem Soleimani in Baghdad on Jan. 3. The Committee to Protect Journalists, which condemned the killings of Ghali and Samad, said pro-Iran militias also abducted two French journalists and released them the following day.

“Journalists in Iraq are continuously threatened by militias or prevented from covering by the security forces. Threats are not clearly identified and come from everywhere,” said Sabrina Bennoui, a journalist working for Reporters Without Borders’s Middle East bureau.

“Not only have the Iraqi authorities failed in their duty to protect threatened journalists and investigate the murders, through weakness or negligence,” Bennoui said, “but now they have gone further by imposing outright bans on media whose coverage of the current protests is not to their liking.”

Djilah TV has been under attack by militias and Middle Eastern governments in recent months. In November, the Jordan Media Commission, the country’s media regulator, order the station to stop broadcasting for a month because of alleged violations of its licensing agreement and for illegal broadcasting inside Jordan.

On the same day Iraq’s media regulator, the Communications and Media Commission, order the shutdown of eight outlets covering the Iraqi protests. Dijlah TV’s newsroom in Baghdad was raided earlier that year by Iraqi security forces.

Protests in Iraq are still underway as participants criticize the government for the lack of basic services in the country, unemployment and corruption, according to the Independent High Commission for Human Rights of Iraq.