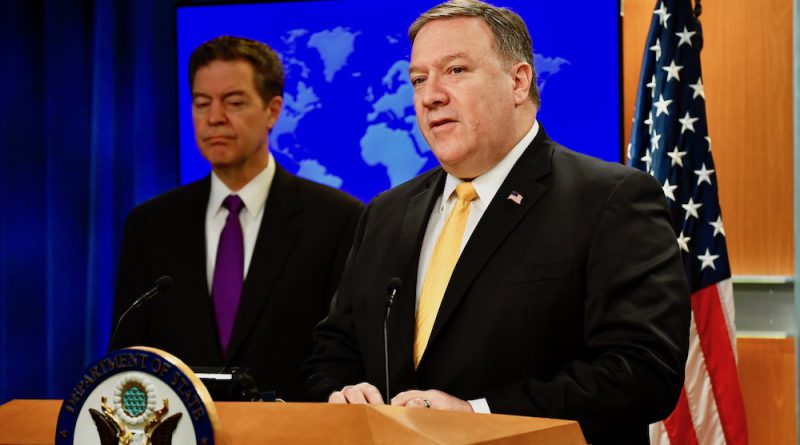 WASHINGTON – In January, Secretary of State Mike Pompeo twice declined to appear before Congress to discuss U.S. policy in the Middle East, which Congress has deemed of extremely high importance.

But even if Pompeo had testified before the House Foreign Affairs Committee as requested, he’s not likely to answer questions from members of Congress on the causes of the Jan. 3 U.S. airstrike that killed Iranian Gen. Qassem Soleimani, said Michael Barnett, an international affairs professor at George Washington University and Middle East expert.

“We’re not going to get any coherent [policy in the Middle East], and we are probably not going to get any answers on the Soleimani strikes, that’s just not going to happen,” he said. “Does that mean Congress simply surrenders? No. I think Congress should continue to call people to testify, widen the net, tie up the White House, and then let them go to court.”

The House Foreign Affairs Committee rescheduled the first hearing until late January because Pompeo had left for California to “deliver a scripted speech” on matters of war and peace, said Chairman Eliot Engel in a letter to the State Department.

On Jan. 29, when the second hearing was scheduled, Pompeo began a trip to the United Kingdom, Ukraine and Central Asia to discuss the British acquiring a range of Chinese 5G applications, the expansion of the coronavirus and American support in Belarus and other European countries.

“It’s a trip that we had to put off once before because of the activity in the Middle East,” Pompeo told reporters. He did not say if he would testify in the future.

Following the first hearing, Engel said in the State Department letter that he was “prepared to use all legal means to ensure [Pompeo’s] attendance.” The House Foreign Affairs Committee did not comment on what these legal means would entail.

“I don’t think there is a member of this committee who doesn’t want to hear from Mr. Pompeo, and the American people certainly deserve to hear answers with our troops and diplomats being asked to stand in harm’s way,” Engel said in the hearing.

The committee said Pompeo’s testimony is crucial to bring clarity on the use of military force in Iraq as well as future efforts against ISIS in the wake of the airstrike.

“As the (Trump) administration’s public face of this policy, your participation at this hearing is necessary so that the committee can conduct appropriate oversight and consider legislative,” the letter said.

While the committee has continued to pressure Pompeo to appear, other expert witnesses have testified, including Stephen Hadley, former national security advisor; Avril Haines, former deputy director of the CIA; and Richard Haas, former State Department director of policy planning.

The committee hasn’t asked other witnesses, experts or officials from Trump’s administration to testify since the Jan. 29 hearing. However, having other officials appear wouldn’t make a difference because “nobody that works for Trump will be willing to testify” for fear they’d lose their job, Barnett said.

The State Department did not respond to a request for comment on if Pompeo would testify once the committee reschedules a time for a hearing.

“The game is less about getting Pompeo to talk; it’s more about will the United States continue to function as a democracy,” Barnett said.