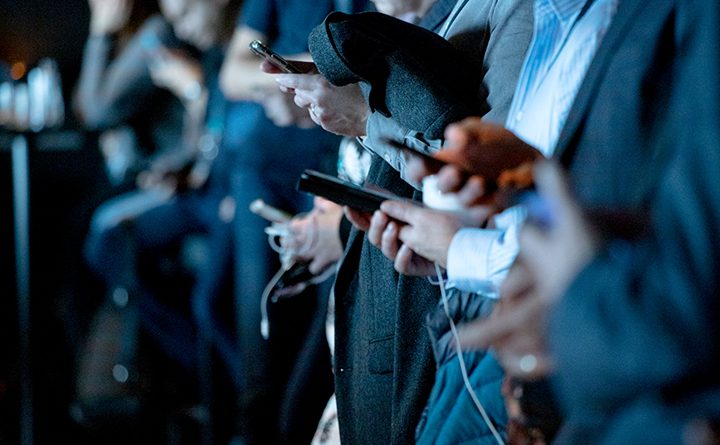 WASHINGTON — Websites for gardening, cooking and Alabama football are being weaponized by the Russian Internet Research Agency to build U.S. followers and then gradually plant disinformation, according to a senior member of the Senate Intelligence Committee.

Sen. Mark Warner, D-Va., who was an early investor in a number of technology start-ups in the 1980s including Nextel, said the weaponization of social media comes amid a U.S. retreat from the war against disinformation.

“When we give up that leadership and the values that come with that leadership… that has huge, huge ramifications,” he said at the Wilson Center earlier this month.

The objective of foreign disinformation campaigns, Warner said, is to grow the foreign powers’ international influence and to practice their use of cyberattacks for use in future warfare.

“American arrogance” at the start of the space race with the Soviet Union and the subsequent rise of new technologies globally, Warner warned, allowed countries like China to “flood the zone” with new platforms and standards that they then used to push disinformation campaigns in other countries while monitoring their own citizens.

“We thought each new technology innovation was going to bring great new discoveries, build huge new communities, empower people in ways that we’ve never seen,” he said. “It has really taken us a long, long time to understand that with that good comes the counter, a dark underbelly.”

Just 5% of U.S. social media users have a strong trust in information that comes to them, according to a 2018 Pew Research Center study. Over 60% of people in a 2014 survey said that the government needs to do more to regulate social media advertisers.

For over two decades, the U.S. has maintained a hands-off approach to internet governance.

That started to change after Russian efforts to meddle with the 2016 presidential election. In October 2017, a bipartisan bill was introduced in Congress that would have required Facebook, Twitter, Google and other social media companies to disclose who is paying for political ads that appear on their online platforms. The bill didn’t pass, but was reintroduced in 2019 and awaits a vote.

In April, Warner co-sponsored a bill with Sen. Deb Fischer, R-Neb., that would ban online platforms with more than 100 million monthly active users from engaging in deceptive practices that result in giving up more information than the user realizes. That same month, Twitter and Google officials testified to a Senate Judiciary subcommittee, saying they are aggressive in monitoring fake accounts and ad buyers.

And as recently as October, Facebook announced it had taken down dozens of foreign government-backed disinformation campaigns in a sign of increasing efforts ahead of the 2020 presidential election.

But other efforts have been struck down, including a California bill vetoed by Gov. Jerry Brown that would have created an advisory group to monitor the spread of misinformation on social media.

There is currently no international standard to hold platforms accountable if they publish phony or erroneous information.

British Parliament member Damian Collins, who is chair of the U.K. Digital, Culture, Media and Sport Committee, is a member of the International Grand Committee on Disinformation and Fake News. The organization includes elected representatives from 14 countries that share best practices to protect their countries from slanderous campaigns.

“International cooperation is incredibly important because we can learn a lot from our different experiences,” he said. “Different countries have looked at legislating in different ways or over harmful content disinformation and election integrity.”

Nina Jankowicz, a disinformation fellow at the Wilson Center, echoed the importance of legislation to rein in content accountability but warned against legislative overkill including “knee-jerk reactions to ban content.”

“Right now we’re at a bowling alley that has no bumpers on it and we’re not particularly good at bowling at the moment,” she said. “Setting those standards is a key important goal as we move forward in regulation.”