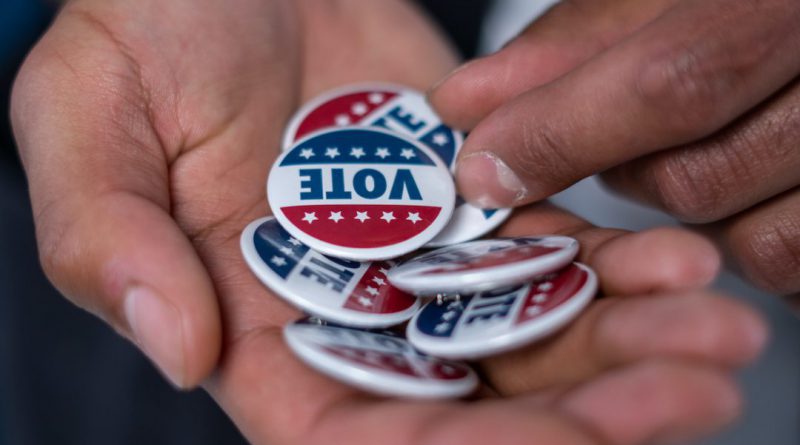 Because absentee ballots from military voters must be counted even after polls close in most states, the military vote could determine the outcome of many races after Election Day. [cottonbro/Pexels.com]
Domestic Politics Military
By Katie Livingstone on October 21, 2020October 27, 2020 2020 election, Jill Biden
Tweet

WASHINGTON— Many of this year’s mail-in ballots from members of the military stationed overseas or away from their homes may not arrive until after Election Day, but they still should be counted because they could make a difference in a close race, a group promoting the importance of military voting says.

“There is no question that active-duty troops and other overseas voters could make the difference in the 2020 election,” Retired Navy Adm. Jon Greenert said in a statement. “It is crucial we count the votes from our service members and resist any calls to stop the count or declare a winner before these legal ballots have a chance to arrive.”

Peter Graeve, chief of plans and policy for the Military Postal Service Agency, has said that mailed ballots from overseas will take an average of six days to arrive at their destinations and many may take longer.

According to the Department of Defense’s Federal Voting Assistance Program, which helps veterans, service members and their families vote, many military and overseas voters can expect greater challenges when mailing ballots this year because of interruptions in global postal networks and other complications resulting from the novel coronavirus pandemic.

But Count Every Hero — part of the Military Vote Coalition, a group of bipartisan organizations focused on increasing voting knowledge and accessibility for members of the military, veterans and their families — issued a report last week saying the military’s mail-in ballots could be a deciding factor in the outcome of the presidential election and should be counted before a winner is announced.

A majority of the 1.3 million active-duty servicemen and women are stationed away from home and, if they vote in November, are expected to use mail-in ballots or another form of distance voting, such as electronic ballots.

Unlike mail-in ballots from civilians, 29 states and the District of Columbia allow those from active-duty service members to be counted after the polls have closed. Depending on the state, ballots must be counted if they arrive from two days up to 20 days after polls have closed.

A majority of Electoral College votes come from states that accept ballots from service members for at least a week after Election Day, according to Count Every Hero.

At a webinar hosted by the Military Vote Coalition last week, Jill Biden pushed service members to cast their ballots.

“There’s so much at stake right now, and that’s why your voice matters more than ever,” said Biden, wife of Democratic presidential candidate Joe Biden.

Jack Noland, author of the Count Every Hero report and research manager at RepresentUs, which advocates for election integrity, said in an interview that he predicts higher turnout among military members this year because of the “philosophical underpinnings of this important campaign” despite the additional logistical barriers to voting posed by the coronavirus.

“We didn’t make the mark [in 2016] so we need to do better,” Scott Cooper, military veteran and board member of the Voter Protection Project, said in a webinar. “And one of the ways we do that is by encouraging our friends and making sure that we do have a plan and that we overcome any obstacles.”

“Your voice can change this election,” she said. “But you need to have a plan to make sure that your vote is counted, because this is it. There are no do-overs.”