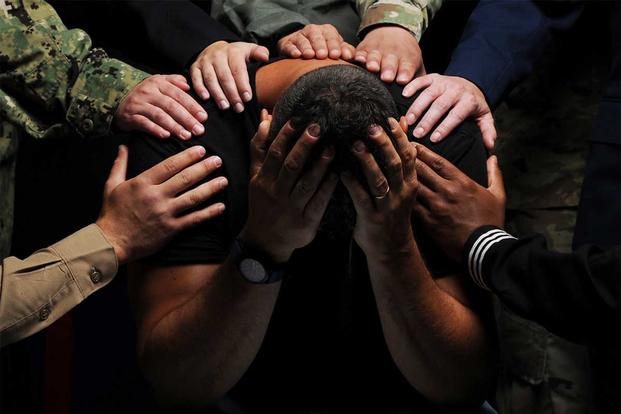 Veteran suicide rates have remained stable at 18 to 22 per day since the late 1990s, despite significant increases in resources targeted toward VA mental health care. The new laws could prove crucial in preventing suicides among veterans.(Photo by US Army/Michele Wiencek)
Military
By Arnab Mondal on October 23, 2020October 29, 2020 army reserves, Department of Veterans Affairs, mental health, national guard, Veterans
Tweet

President Donald Trump has signed into law a pair of bills that could be crucial in preventing suicides among veterans.

According to the Department of Veteran Affairs, more than 6,100 veterans died by suicide in 2017, the most recent year for which data is available. Veteran suicide rates have remained stable at 18 to 22 veteran suicides per day since the late 1990s despite significant increases in resources targeted towards mental health care in VA, according to Republican Reps. Phil Roe of Tennessee and Neal Dunn of Florida.

They sponsored the Vet Center Eligibility Expansion Act, which extends Vet Center readjustment counseling and related mental health services to National Guard and Reserve troops who did not deploy to combat areas but instead participated in drug interdiction or fighting national disasters or emergencies.

Out of the approximately 20 veterans that take their lives on any given day, only six sought care from VA in the two years preceding their death. Of the remaining 14, analysis indicates as many as four of those suicides occur among those who served in the National Guard or Reserve but never deployed.

The VA already is authorized to provide counseling through Vet Centers to veterans and service members, including members of the National Guard and Reserve who have served on active military duty in any combat theater or area of hostility, who experienced military sexual trauma, who provided direct emergent medical care or mortuary services to casualties of war, or who served as a member of an unmanned aerial vehicle crew that provided direct support to operations in a combat zone or area of hostility.

But members of the National Guard, Reserve or Coast Guard who participated in a drug interdiction, or who served in response to a national emergency or major disaster or civil disorder were not eligible to receive Vet Center even though, the Roe and Dunn said, such service can have serious mental health consequences. The new law extends that eligibility to these individuals.

“I am concerned that the stress and social isolation caused by COVID-19 could raise that (suicide) number even higher, particularly for Guard members and Reservists who have been activated to deal not only with the pandemic but also with hurricanes, wildfires, and more these last several months,” Roe said in a statement.

The Veterans’ Care Quality Transparency Act, sponsored by Democratic Reps. Lauren Underwood of Illinois and Katie Porter of California, directs the Government Accountability Office to assess the effectiveness of VA and non-VA entities related to suicide prevention and mental health services for veterans.

The assessment would include a review of all suicide prevention programs, outreach and the provision and coordination of mental health services during the five-years preceding the enactment of the bill. This would help ensure that the partnerships that VA is pursuing with outside entities are working properly to end suicides in military and veteran communities.

“Veterans have made incredible sacrifices for our country, and often face unique mental health challenges when they return from service —challenges that may be compounded by the COVID-19 pandemic. The best way to thank a veteran is to ensure they’re properly cared for when they return home,” Underwood said in a statement.