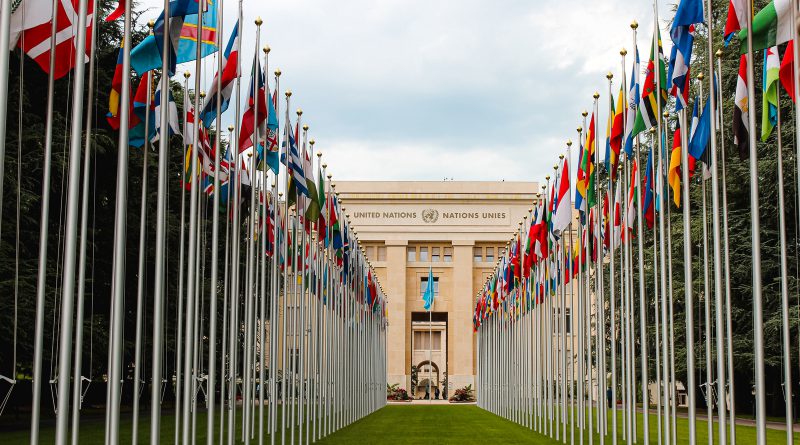 The United States needs to commit to a policy of openness to ensure its national security and prosperity in the coming decades, said Rebecca Lissner and Mira Rapp-Hooper, co-authors of the new book “An Open World: How America Can Win the Contest for Twenty-First Century Order,” at a web event Thursday afternoon.

Lissner, an assistant professor at the U.S. Naval War College, and Rapp-Hooper, a senior fellow at Yale Law School’s China Center, spoke with Ivo Daalder, president of the Chicago Council on Global Affairs, in a discussion facilitated by the Council’s Lester Crown Center on U.S. Foreign Policy.

In their book, Rapp-Hooper and Lissner seek to prescribe a foreign policy approach to steer the United States through “an era of geopolitical upheaval.” The policy they prescribe is one of “openness” – contrasting the country’s current role as an agent of closure through unilateral trade policies and efforts to withdraw from various alliances and global agreements.

Lissner and Rapp-Hooper’s vision of “open” policy means recommitting to international alliances and opposing any closed spheres of influence that prevent access to “global commons” or hinder nations’ democratic self-determination, as well as preserving economic interdependence of nations.

The country is at a moment of opportunity, Lissner said, “if the U.S. can muster the will to turn this moment of political destruction into political creation.” Both agreed that the United States would find itself weaker by the end of a second term for President Trump, who has been a major proponent of closed policies.

Still, Rapp-Hooper finds the current president to be “more of an avatar than an architect” of international change, as both domestic and international forces have worked to transform the international order. She also noted that “endemic domestic dysfunction” has encouraged irresponsible policy because parties know they will not be punished, pointing to the failure of the Republican party to meaningfully address Russian election interference as an example.

Regarding the upcoming election, Lissner said whoever the next president is, they will have to contend with economic, public health, racial injustice and climate crises. She is concerned these issues will place foreign policy strategy on the back burner.

In the face of these issues, it is critical that the country work to rebuild “the unbelievable damage that has been wrought” by the current administration, Rapp-Hooper said. The nation is no longer the sole superpower it was during the post-Cold War period, and China is “a far greater competitor” than the Soviet Union ever was.

Despite the competition from the Chinese, Rapp-Hooper and Lissner also note that the Trump administration has cast China as a greater threat than it may actually be. The president has repeatedly attacked China through policies related to his “trade war,” and, as of late, put heavy blame on the country for the coronavirus pandemic.

Lissner and Rapp-Hooper believe that the best strategy for ensuring international openness is not to attempt to convince authoritarian countries to become open, but rather prevent them from becoming completely “closed.” “We see China as the primary force for closure within the international system,” Rapp-Hooper said, adding that if the United States does not pursue an active foreign policy, China and Russia could exploit the global vacuum.

Enacting a policy of openness includes not only fostering global cooperation, but domestic investment, Lissner and Rapp-Hooper said. Rather than investing in the military, the two believe the country should invest in research and technology.

This is a marked difference from the current stance of the Trump administration, which has taken significant efforts to expand the American military. In his remarks at the 75th United Nations General Assembly, President Trump touted his administration’s significant defense expenditures. “We are stronger now than ever before. Our weapons are at an advanced level like we’ve never had before,” he said.

Still, while the current administration and the authors disagree on methods, they do share the same overarching priority. “We believe that foreign policy at its core must protect the prosperity and national security of the American people,” Lissner said.