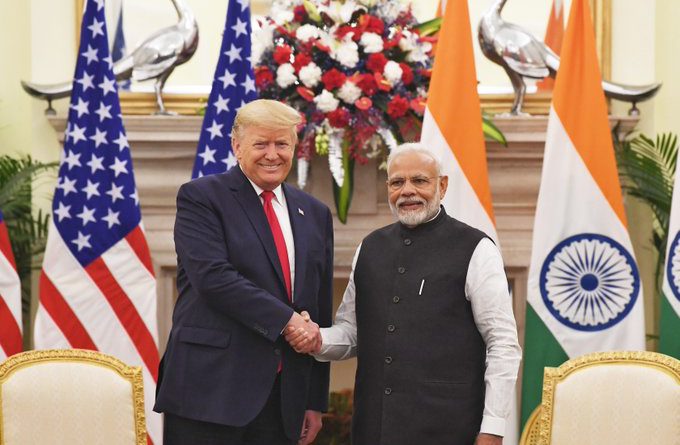 WASHINGTON – While many observers praised India’s $3 billion purchase pf U.S. military equipment as a sign of how close the two countries have become, the alliance is not one in which India also wants military protection from the U.S. but instead wants to expand its own role as a security provider in the Asia-Pacific area, experts say.

The evolution of the defense partnership between India and the U.S. is rather remarkable, given that during the Cold War the relationship between the two countries was almost nonexistent.

“In the last 15 years, the U.S. has gone from a country from which India purchased almost no military equipment to being among the top suppliers of India currently, along with Russia, Israel and France,” said Aparna Pandey, a South Asia expert at the Hudson Institute, a conservative think tank.

Compared with other U.S. allies, India doesn’t look to the U.S. for security, instead wants to be the security provider in the region and purchases like the $3 billion defense deal will help boost its military capabilities to do so, Pandey said.

“At a time when the US would prefer to semi-withdraw from the world, it likes allies who can take care of the region,” she said.

In 2016, the U.S. designated India as a Major Defense Partner. This unique status makes India a key U.S. ally for defense trade and technology sharing.

“The designation of India as a Major Defense Partner, is a reflection of the increasing strategic importance of the U.S.-India security relationship and the significant progress both countries have made in advancing our defense cooperation,” Maj. Cassandra Gesecki, a U.S. Pacific Command spokeswoman, said.

Recently, such an information-sharing system was put to use when India seized a Chinese ship on its western coast in February, right around the time of Trump’s trip. The ship, headed towards Pakistan, was carrying autoclaves – pressure vessels that can be employed for military as well as civilian use.

Experts suggest that the seizure shows the progress India has made in tracking ships in the Pacific theater using advanced technologies and information sharing.

“This increased maritime domain awareness is vital in terms of the U.S.-India ‘Indo-Pacific’ construct when dealing with diverse common threats in the region,” Tara Kartha, an Indian national security expert at the Institute of Peace and Conflict Study in India wrote in an op-ed.

The U.S. has also become a key partner with India in conducting military exercises. The recent Tiger Triumph was the first tri-service exercise between the two nations. About 500 American service members trained alongside 1,200 Indian troops. The two nations focused on disaster response and rescue operations and also conducted live-fire drills. The only other nation with which India has conducted such an exercise is Russia.

The U.S. Army is scheduled to hold a major exercise, Defender Pacific 20, in the Indo-Pacific region this year. A European counterpart of a similar exercise was scheduled for April-May this year but has been modified due to the Coronavirus pandemic.

While India’s participation in the exercise has not been confirmed, USPACOM spokeswoman Gesecki said the U.S. Pacific Command “consistently participates in military exercises with India and we intend to continue to do so in the future.”