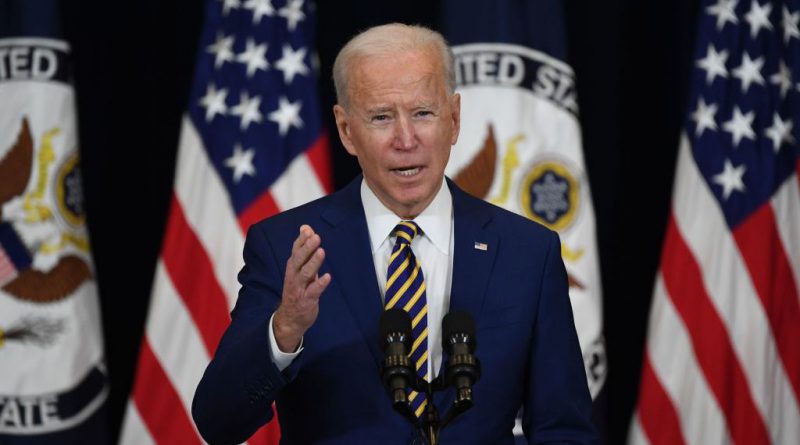 WASHINGTON — President Joe Biden made clear Thursday in his dual speeches at the State Department— his first visit to a federal agency as president— that his administration recognizes it cannot promote democracy without shoring up alliances that have frayed and being tough on authoritarian regimes.

“There’s no longer a bright line between foreign and domestic policy,” Biden said. “America is back. Diplomacy is back—It’s the center of our foreign policy.”

Most previous presidents did not choose the State Department as the first agency on their post-inauguration speech tour, Stewart Patrick, director of the International Institutions and Global Governance program at the Council on Foreign Relations, said. And, he said, presidents do not usually take the time to address an agency’s staff before speaking to the public.

“That is very, very unusual,” Patrick said. In his view, Biden wanted to start chipping away at some of the animosity that had built up between the department’s staff and the Trump White House. “I think it would really help in terms of rebuilding morale,” he said.

Biden is trying to say “what we are doing is restoring U.S. credibility by dealing with and looking forthright at our domestic difficulties,” Patrick said. “We can fight for democracy abroad because we’ve recently had these struggles in our country.”

Trump liked to refer to the agency as “elitist” and systematically weakened its influence by disparaging its efforts and employees, cutting staff and sidestepping usual diplomatic channels to an extent that will take years to mend, according to Cynthia Watson, dean at the National War College. “Biden is practically anathema to Trump’s policies.”

Biden spoke about democracy in similar terms during his inauguration speech. “Democracy is fragile,” he said, calling his victory not that of a cause but that of democracy. Other presidents of the 21st century invoked the idea of ‘democracy’ during inaugural speeches solely in the context of American history, or American greatness, and as a justification for international prerogatives.