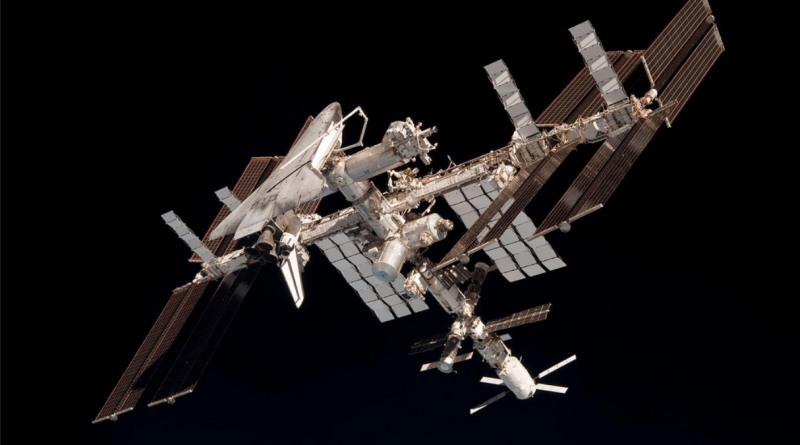 WASHINGTON — The U.S. Space Force’s top general said Wednesday that Americans generally find it “hard to understand” how the Space Force affects them, a day after White House Press Secretary Jen Psaki made light of what experts say is a vital military branch.

“Space doesn’t have a mother. You can’t reach out and hug a satellite, you can’t see it, you can’t touch it,” Gen. Jay Raymond, the chief of space operations, said to reporters on a press call. “But there is a very, very, very strong connection between those capabilities and our way of life.”

While Space Force does not have a public branding campaign listed on its website, Gen. Raymond has had calls with reporters and engaged in media appearances in recent months to show how he believes the new military branch safeguards national security.

White House Press Secretary Jen Psaki confirmed Wednesday that the Biden administration will keep Space Force after she came under fire from Republican lawmakers for appearing to make a joke about the new military branch.

“They absolutely have the full support of the Biden administration. And we are not revisiting the decision to establish the Space Force,” Psaki said Wednesday at a White House news briefing.

Former President Donald Trump established Space Force as part of the 2019 defense spending bill, an action that was initially met with ridicule and mockery by politicians and late-night comedians alike. However, it is now a full military branch that was allocated $15.4 billion in the 2021 budget and enlisted 16,000 active duty and civilian personnel who were all reassigned from the defunct Air Force Space Command. Army and Navy personnel will begin to be transferred to Space Force in the 2022 fiscal year, which begins this coming September.

Psaki appeared to make a joke in response to a question about whether the Biden administration will keep Space Force during a news conference Tuesday afternoon.

“Wow, Space Force. It’s the plane of today,” Psaki said in a joking tone. She went on to say she would look into finding who the Space Force contact is for the administration and seeing if there were any updates in regard to the new military branch.

Several Republican lawmakers were outraged that the press secretary chose to make light of a branch of the military.

“The Space Force is an official branch of our armed services and the Biden administration goes out and openly mocks it on television for all to see? The level of disrespect they have for those who serve is disgraceful,” said Rep. Lauren Boebert, R-Colo., on Twitter later Tuesday.

Many experts were not surprised that President Joe Biden will keep Space Force as its own branch of the military because it would take an act of Congress to abolish it when it now has bipartisan support as a valuable tool in future military efforts. In 2020, groups of bipartisan members of Congress formed House and Senate Space Force Caucuses.

“Establishing the Space Force Caucus is an important first step toward finding common ground, supporting our national defense, and embarking on a new era of scientific discovery and innovation,” said Sen. Kyrsten Sinema, D-Ariz., in a statement after the Senate Space Force Caucus was announced in September 2020.

Makena Young, a research associate with the Aerospace Security Project at the Center for Strategic and International Studies, said that while Space Force will serve an important function, the branch will have a difficult time dissociating itself with Trump and the mockery around its inception.

“The name is funny; it sounds like something that Trump just dreamed up,” said Young. “But it’s been talked about in national security circles for over a decade now. It’s something that’s just going to be important to have going forward.”

Space Force, headquartered in the Pentagon, details its official mission on its website:

“The USSF is a military service that organizes, trains, and equips space forces in order to protect U.S. and allied interests in space and to provide space capabilities to the joint force. USSF responsibilities include developing Guardians, acquiring military space systems, maturing the military doctrine for space power, and organizing space forces to present to our Combatant Commands.” Space Force service members are known as guardians.

Frank A. Rose, senior fellow and co-director of the Center for Security, Strategy and Technology at the Brookings Institution, said Space Force was created to address a critical issue.

“The Space Force is a serious attempt to deal with a serious problem, and that problem is the deployment of anti-satellite weapons by countries like Russia and China. And it’s unfortunate that the Trump administration politicized it,” Rose said.

Other than safeguarding satellites, Space Force also plays a vital role in maintaining services pivotal to Americans’ everyday lives. Space Force spokesman Maj. Nick Mercurio said that GPS satellites that give navigation and positioning services to devices such as smartphones are operated by guardians of the U.S. Space Force.
He went on to say that the service’s GPS satellites provide may be more important than the average American thinks.”While the navigation function is perhaps more well-known — enabling emergency services, map applications, and commercial shipping, to name a few — the precise timing signal from GPS is woven into the fabric of daily life. GPS timing underpins financial transactions such as paying at the gas pump, using an ATM, or trading securities in a stock exchange,” Mercurio said.