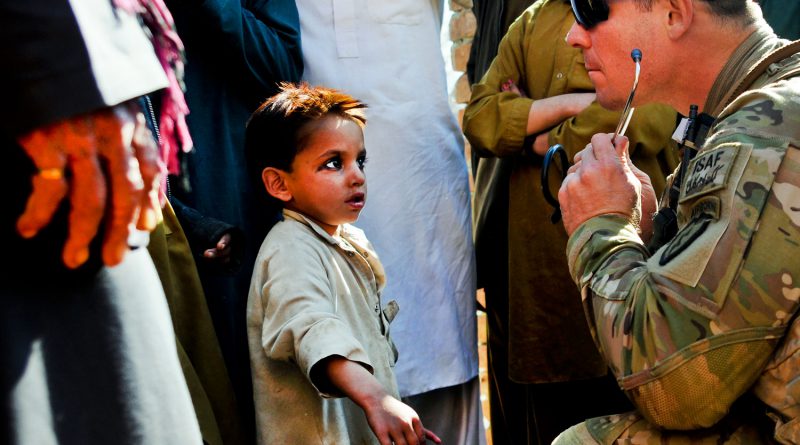 WASHINGTON — As wars in Iraq and Afghanistan drag on, and as new conflicts emerge, stabilization operations around the world are becoming increasingly crowded and complex.

Since the Cold War ended, causing much of eastern and southeastern Europe to dissolve into violent civil wars, military forces and related resources have become key to peacekeeping and post-conflict stabilization.

“If you look at traditional peacekeeping operations, peacekeepers had to be lightly armed, were supposed to be neutral and impartial, use force only in self-defense,” said Dr. Volker Franke, associate professor of conflict management at Kennesaw State University in Georgia.

“The environment has changed a little bit. Now peacekeepers, or the military, has to switch between enforcement, where they might need heavy force, and traditional peacekeeping, where they have to keep warring factions apart and get involved in development and building efforts.”

As the military’s role expands, peacekeeping operations are now contingent on the interdependent relationship between armies and the nongovernmental organizations providing humanitarian aid.

On August 19 2003, a suicide bomber attacked the United Nations headquarters in Baghdad, killing more than 20 people.

“We do this out of vocation. We are apolitical,” UN Development Program head Mark Malloch Brown said of the attack. “We were here to help the people of Iraq and help them return to self-government. Why us?”

“Particularly in the last decade or so, we have seen attacks on humanitarian organizations by insurgents, and it becomes more and more difficult for them to go into conflict areas and do the good work that they do,” Franke said. “It is very important for civilian organizations, humanitarians and the military to work together to prepare a stable environment.”

Impartial NGOs’ association with the very partial, sovereign war machines that protect them, however, paradoxically threatens their humanitarian inviolability, the ability to provide humanitarian relief with the assurance of safety. It creates a cycle in which civilian agencies simultaneously need the military’s unequivocal protection and dissociation to provide a secure environment in which to work.

Military forces operating in a civil capacity also confuse civilian populations of conflict zones. Troops attempting to build trust with people on the ground are sometimes only lightly armed to reassure them. At other times, they’re heavily armed and more protected, but also more intimidating and less easily trusted.

“Often you see them walking around cities heavily armed with helmets and bulletproof vests, and they have to do that for their own protection, but it doesn’t help build trust,” Franke said. “So we’re talking about another dilemma: how do you do build trust while you protect your force?”

Despite these complications, more successful stabilization operations remain reliant on military involvement, Franke said. The military is the only body capable of providing civilian organizations operating in conflict zones some level of protection, and is the only organization logistically able to manage large stabilization and humanitarian efforts.

So without the chance to completely distance themselves from one another, open dialogue and joint training is essential for future stabilization operations, Franke said.

Civil and military bodies need to clearly understand each other’s concerns, challenges and specific roles in stabilization processes to ensure the security of both military forces and civilian aid workers, and the longevity of post-conflict peace, he added.

“There has been a lot of openness among military leaders to involve civil society because they know at some point they will leave, and unless they leave a context and an environment that is stable, secure and ready for peace, they’re going to be back there,” he said. “In order to do it right, all the actors who need to be part of it need to be brought together.”

In his capacity at the Army War College, Franke is currently working with the Department of Defense to create a joint training program for U.S. military and civilian humanitarian leaders, to begin this summer.

“We’re trying to build some training tools that zero in on exactly those kinds of dilemmas,” Franke said. “If we can discuss them with the people who are going into the field, from both sides — from the military and the civil communities — we’re hoping that it improves understanding and effectiveness of the operations.”