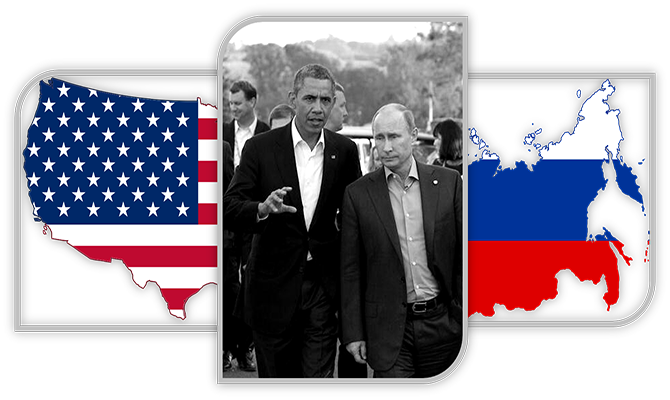 Top U.S. security officials say the Kremlin used internal emails of the Democratic National Committee to influence the outcome of the U.S. presidential election. A Russian fighter jet nearly collides with a U.S. warplane in Syrian airspace. The FBI is investigating a presidential candidate’s former campaign manager for shady business dealings in Russia.

These scenarios could play out in a Hollywood spy thriller or the pages of a Tom Clancy novel about the Cold War, but they are actually real news headlines from the just the last month.

It all makes for good reading, but beyond the stories of hacking and espionage lies an alarming reality. The relationship between Washington and Moscow is today more fraught with tension and uncertainty that it has been since the collapse of the Soviet Union.

President-elect Donald J. Trump has indicated he would like to find common ground with Russia, but on Inauguration Day, he will inherit a bilateral relationship mired in mutual suspicion and acrimony.

All over the world, the two countries find themselves on opposing sides of pivotal geopolitical conflicts. In the most destructive of these, the Syrian Civil War, the U.S. is engaged in what is essentially a proxy war to force the ouster of Russia’s favorite ally in the Arab Middle East.

Besides the Syrian conflict, Moscow and Washington have collided over a range of issues including NATO expansion, Russia’s annexation of Crimea, and the strategic aims of Russian President Vladimir Putin.

The new administration will have to reckon with these simmering tensions, which have the potential to boil over into armed conflict.

The fight for Syria

Now in its fifth year, the Syrian civil war ranks as one of the worst humanitarian disasters of the century, with a U.N.-estimated 400,000 killed and millions more displaced. What began as a struggle by opposition groups within Syria to topple the government of Bashar al-Assad has devolved into a brutal regional proxy war.

A confounding grab bag of belligerents has entered the fray against the Syrian government, including ISIS fighters, Kurdish militias, Salafist jihadists, and al-Qaeda-aligned rebels. Trying to repel them all is Russia, which sees the preservation of the friendly Assad regime as a key foreign policy priority. The U.S., however, insists that Assad must step down as a condition of any negotiated peace agreement.

That sticking point underscores a larger problem for U.S. policy in Syria: Moscow simply has more to lose than Washington if its client is defeated.

“There’s the naval base they have at Tartus and also there’s a prospective pipeline and other economic interests in Syria,” said Matt Purple, a policy analyst at the libertarian-oriented Defense Priorities Foundation. “The Russians are going to want it more because they have those greater interests, so they are going to be more likely to double down in Syria.”

Thus far, the Obama administration has refused to take direct military action against the Syrian government. Many prominent veterans of Washington’s foreign policy establishment, critical of Obama’s reluctance, have called for increased U.S. involvement in the conflict by way of enforcing a no-fly zone.

The problem with that approach, explains Purple, is that Russia has already beaten the U.S. to the punch.

For now, the likelier course of action by Obama in the waning months of his presidency is to continue to work toward a negotiated cease-fire. Any such a deal would be precarious given the mistrust between the two most powerful sponsors of the fighting.

Indeed, the last ceasefire collapsed in a matter of days after U.S.-backed coalition forces first accidentally bombed Syrian troops and then Russian aircraft stuck a humanitarian convoy headed for Aleppo, in what Washington called a deliberate attack.

The dire situation in Syria has diminished in the American consciousness an ongoing conflict on Europe’s eastern edge. The war in the Donbass region of Ukraine has slogged on for nearly three years, claiming a U.N.-estimated 9,500 lives.

The fighting began in April 2014 after street protests toppled the regime of pro-Russian Ukrainian president Viktor Yanukovych, and Russia responded by annexing the Crimean Peninsula. Since then, Russian-backed separatist groups and Ukrainian forces have engaged in a series of deadly skirmishes in the border states of Donetsk and Luhansk, both of which currently are under de facto rebel control.

A peace deal, known as the Minsk agreement, was negotiated by Ukraine, Russia, Germany and France in February 2015, but fighting has continued as both sides have repeatedly violated the ceasefire. The Obama administration, which placed sanctions on Russia for both the annexation of Crimea and its support for rebel forces, has called on Putin to follow “the path of de-escalation” set forth in the Minsk deal.

However much Russia is directly responsible for the actions of separatists in Ukraine, the protracted conflict has revived fears of an expansionist foe on Europe’s eastern flank. Columbia University political science professor Robert Legvold believes Western leaders now see Russia through the same Cold War lens through which they viewed the Soviet Empire.

“What they [Russia] did in Ukraine … really was a fundamental challenge to understandings of European security that people thought Russia had bought in on,” he said at a symposium at the Council on Foreign Relations on Oct. 21.

“The further problem, however, is the way in which it’s interpreted that drives the new Cold War. I think the prevalent view is that Russia is now a power interested in aggrandizing [itself].”

From the other side, Russia saw the deposing of Yanukovych as a Western attempt to install a hostile, pro-EU regime on its border. Because Crimea and Donbass have large ethnic Russian minority populations, both regions are fertile ground for such anti-Western sentiment.

Fiona Hill and Stephen Pifer, fellows at the center-left think tank the Brookings Institution, argue that the Kremlin’s support for continued war in Donbass is part of a larger strategy to firmly hold Ukraine within Russia’s sphere of influence.

“Keeping Ukraine in a state of perpetual conflict and its international borders under constant question is one way of ensuring that the West keeps Kyiv at arm’s length,” they wrote in an Oct. 6 report. “Neither NATO nor the European Union want to bring states with hot wars and territorial disputes into their membership.”

A Ukraine with closer ties to Brussels and Washington than to Moscow would fit in with a major Russian grievance against the U.S. and its Western allies: the expansion of NATO.

With the exception of the war in Syria, no other geopolitical flash point has generated more animosity between the U.S. and Russia than the growth of the military alliance created at the outset of the Cold War.

NATO was established in 1949 as a mutual defense organization between the United States and 11 European nations in order to protect against a hostile and expansionist Soviet Union. For a half century, it was the Western counterweight to the Warsaw Pact, a similar alliance of countries loyal to, or controlled by, the USSR.

When the Warsaw Pact and the Soviet Union itself dissolved in 1991, NATO did not likewise shutter. The alliance instead grew steadily around the turn of the century, adding 10 more members from 1999 to 2004, including former communist countries bordering Russia.

Not all American observers think U.S. support for that expansion was a wise course of action. Legvold believes the militarization of NATO countries bordering Russia remains a constant threat against which Russia is forced to respond.

“We were going to expand NATO, but [said] there would be no forward-based Western troops there,” he explained. “They’re now right on Russia’s border. That’s a provocation.”

On the other hand, the smaller nations of Eastern Europe—especially the Baltic states of Latvia, Lithuania and Estonia—have welcomed the protection NATO provides them from a historical enemy to the east. Hill and Pifer believe a strong, assertive NATO is the main bulwark against future Russian aggression in Eastern Europe.

“While it is not impossible that the conflict in Donbas might escalate or expand in 2017, the combination of U.S. and EU sanctions, NATO deployments to Poland and the Baltic states, and NATO’s continued engagement with Ukraine, have made it clear to the Kremlin that the costs of such a course could be prohibitive,” they wrote.

The current strategic utility of the alliance may be debatable, but Moscow clearly considers any further expansion of the NATO to be an unnecessary provocation. Putin recently called the Russian threat against NATO countries “imaginary,” but members are mobilizing as if the danger is real.

At the end of October, NATO announced the deployment of thousands of troops to Eastern Europe. Meanwhile, both NATO and Russia are also planning military exercises in the Balkan Peninsula for early November, which could ratchet up tensions even further.

At the center of the U.S.-Russia divide stands Russian President Vladimir Putin.

Putin, who has occupied either the office of president or prime minister of Russia since 1999, is often portrayed in Western media reports as a cartoonish strongman bent on resurrecting the Soviet Empire. His stage-managed public appearances—say, hunting shirtless from horseback—provide ample fodder for such characterization.

Brookings fellow and Russia expert Marvin Kalb warns that this facile portrait elides the real Putin—a serious, deliberate strategist who has a bone to pick with the West.

At the heart of Putin’s foreign policy strategy, Kalb says, is a desire to remake the post-Cold War international system, which Putin thinks has marginalized Russia and robbed it of its deserved great-power status.

“Putin believes the system is unfair,” Kalb said during an April 14 presentation at the Chicago Council on Global Affairs. “He wants to restructure the relationship between a Russian-dominated Eastern Europe and an American-dominated Western Europe.”

The problem for U.S. strategists is that other Russian leaders and the bulk of the Russian people share Putin’s fundamental perspective. They will continue to push back against the U.S.-led order, Hill says, because they want to change Russia’s diminished status when it comes to making decisions about the structure of the international order.

“Overall this is not just an issue about Putin,” Hill said at the CFR symposium. “The political class at the top of Russia resents deeply that they’re not consulted on any issue that might affect their interests, from Ukraine to the enlargement of NATO, the enlargement of the European Union, and other critical issues.”