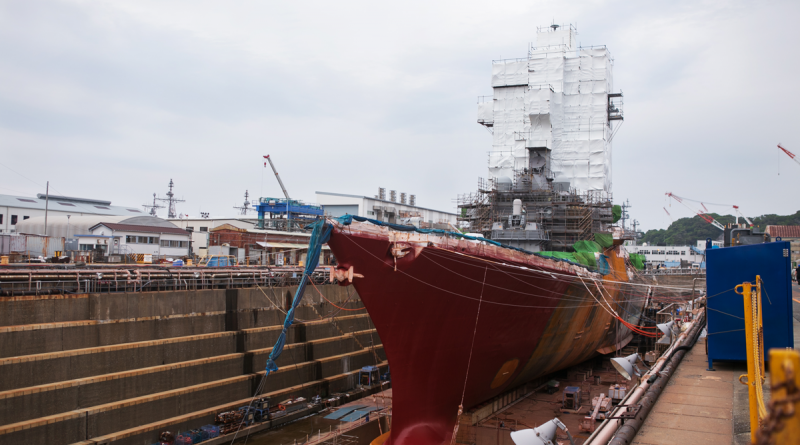 EVANSTON, Ill. — It has been about a year since the deadly back-to-back collisions in the Pacific Ocean involving the destroyers USS Fitzgerald and USS John S. McCain raised troubling questions about how two state-of-the-art U.S. warships could have collided with large merchant vessels in heavily trafficked waters. A special national security project by the Medill School of Journalism, Media, Integrated Marketing Communications at Northwestern University and USA Today published today, June 25, highlights underlying flaws in readiness, training and leadership that have the Navy racing to correct course to prevent such tragedies from happening again.

What’s more, the project explains, the Navy long had institutionalized tradeoffs on training and maintenance of forward-deployed forces to keep ships and sailors at sea. The increasingly hectic operations tempo — the frequency and duration of deployments — was demanded by growing tensions with China, Russia and North Korea even as the number of U.S. ships and sailors was scaled back by the U.S. Department of Defense and Congress.

The escalating tensions spurred a surge in missions for 7th Fleet ships in the Western Pacific while cutting into time for training, ship maintenance and rest. From 2015 to 2016, according to Navy statistics, the number of days 7th Fleet cruisers and destroyers spent underway increased by 40 percent, from 116 days at sea to 162 days.

“As standards begin to drop, they then become acceptable and normal,” retired Adm. Gary Roughead, former chief of naval operations, said in an exclusive interview about factors that contributed to the Fitzgerald and McCain disasters. “I think that’s what happened.”

Navy leaders have implemented a series of changes to restore readiness to the Japan-based 7th Fleet, racing to reset crew training and ship conditions, with more changes to come. But the demand for Navy presence throughout the vast and volatile Western Pacific region is relentless, and the stakes are higher than in generations, particularly as China seeks to usurp long-held U.S. geopolitical dominance, according to the Medill-USA Today joint report.

This reporting project, “The Navy’s Wake-Up Call – And How the U.S. is Answering It,” was conducted under the auspices of the National Security Journalism Initiative, which is part of the Medill School of Journalism, Media, Integrated Marketing Communications. Medill, long a national leader in journalism education, greatly expanded that leadership role to include national security journalism education with the assistance of Robert R. McCormick Foundation grants.

The 10 Medill graduate students who took part in this year’s national security project traveled widely throughout the U.S., Asia and the Western Pacific and interviewed senior Navy leaders and national security analysts.

On the first anniversary of those tragedies, the Medill-USA Today project paints a clear picture of how many systems had to fail before the destroyers with the most up-to-date radar, navigational tools and communications systems failed basic practices of safe ship handling to collide with merchant vessels.

“The Fitzgerald and McCain disasters marked a nadir in modern-era Navy readiness. We wanted to find out what that said about larger questions of national security — and whether horrific accidents like that could happen again,” said Eric Pianin, a Medill adjunct lecturer who helped supervise the project.

Among the project’s findings:

Guam was just one of several sites Medill graduate students visited as part of their investigation into Navy readiness.

During a two-day trip to Norfolk, Virginia, in early April, four students toured two aircraft carriers in port. Later that month, three students went to Naval Base San Diego before flying aboard a U.S. Navy aircraft to the carrier USS John C. Stennis off the coast of California. The Medill team spent two nights aboard the Stennis, got an up-close view of flight operations and interviewed the ship’s commanding officer, executive officer and fighter pilots.

In a nearly week-long trip to the U.S. naval base in Yokosuka, Japan — headquarters for the 7th Fleet — students and an instructor saw repairs being made to the destroyer McCain, visited several ships and talked to senior leaders of those ships about the challenges of meeting the demands of patrolling the Western Pacific.

Edythe McNamee, an adjunct lecturer who accompanied the students on the trip and supervised the video and photography elements of the project, said, “The image of the USS McCain in dry-dock, stripped of its grey paint with a gaping hole still in its side as it underwent repairs, was a stark reminder of why we set out to tell this story.”