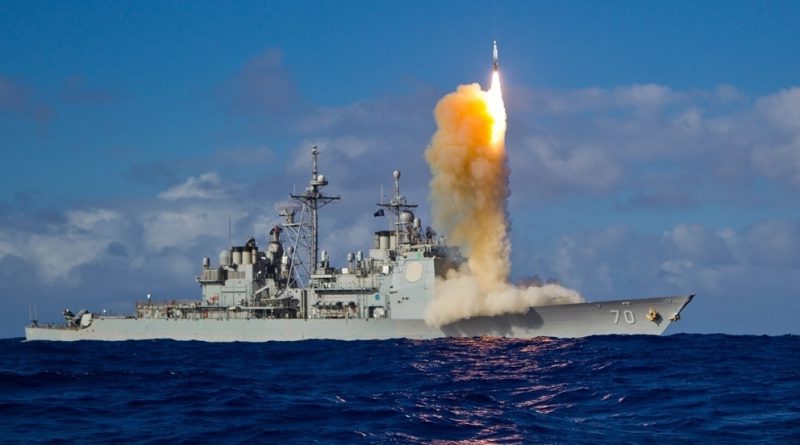 WASHINGTON – The Navy plans to step up its electronic warfare capabilities to include more defensive options with electronic maneuver technology, expanded types of lasers and better integration of its electronic systems to ensure continued dominance of the seas, according to the commander of the Naval Surface Warfare Center.

Rear Adm. Tom Druggan, commander of the Naval Surface Warfare Center, said at a November conference that “the point is victory at sea” and “sea control” are the goals behind the push for electromagnetic maneuver warfare capabilities. They would add to the Navy’s electronic offensive capabilities, mainly used to deceive or jam signals, by enhancing its defensive capabilities.

Retired Vice Adm. Peter Daly, CEO of U.S. Naval Institute, a think tank that researches sea power, put it this way: “You have to survive in what might be a crowd of megawatts of energy and still have your systems function correctly, and not be intruded upon, and you have to be able to disrupt the enemy.”

Another effort to strengthen defensive capabilities is the planned increase in the number and capabilities of lasers, which have already been proven capable of reducing the effectiveness, disabling or destroying incoming weapons, according to Daly.

Different ships put out different electromagnetic signatures and have different radar and systems, while aircraft also give off their own signature and use different systems than ships. In order to expand capability and improve electronic warfare readiness overall, the Navy says its has to integrate its systems. Not only does the Navy need to upgrade ships and airplanes that were never meant to work together, but platforms must also be integrated; communications, command and control, electronic warfare, cyberspace. The idea is that if they are all brought together, the Navy improves its ability to dominate in that space.

Naval officials believe it is likely that Russia and China are trying to develop these same technologies. The National Defense Strategy released earlier this year said that advantage the U.S. has enjoyed is shrinking.

“(The Navy) never let go of electronic warfare and now electronic maneuver warfare is a logical expansion of it for the world we are in,” said Daly.