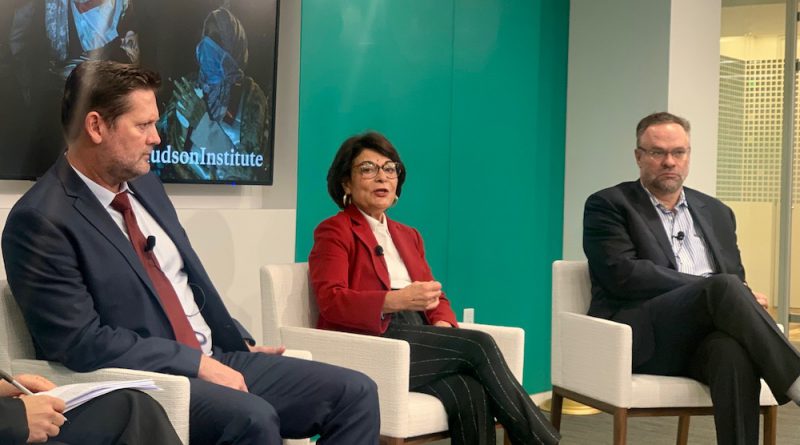 WASHINGTON – Economic sanctions threatened against corrupt Iraqi officials wouldn’t be enough to end the political corruption and violence in Iraq, and they aren’t what Iraqis who have staged protests against the government for nearly two months want, Middle East experts said Tuesday.

Earlier this month, Secretary of State Mike Pompeo said the United States would start imposing sanctions on corrupt Iraqi officials “who are stealing Iraqi’s wealth.” The sanctions would also apply to those responsible for the deaths of over 300 peaceful protesters in Baghdad since October.

Most Iraqi demonstrators are young, educated Shiites protesting against government corruption, the high rate of unemployment and their limited access to health care and clean water.

Reuel Gerecht, a senior fellow at the Foundation for Defense of Democracies, told an audience at the Hudson Institute that emphasizing economic sanctions rather than tougher actions like military intervention or political coercion is “completely wrong” and “a serious mistake” because they wouldn’t deter the Iraqi government.

Gerecht said the situation in southern Iraq, a “brutally poor” area where many protesters have been killed blocking ports that export oil, makes “Afghanistan look a lot better” in comparison.

Former Iraqi Ambassador to the United States Rend Al-Rahim and Michael Pregent, a former U.S. Army intelligence officer and current senior fellow at the Hudson Institute, said having international media outlets shed light on the brutality is what the United States should be encouraging instead of sanctions.

“Iraqis want to see less and less of a military American [presence] on the streets, less and less of a diplomatic [presence,]” Pregent said. “This is an opportunity for the United States to get Iraq right by doing what the protesters want: that may be inaction, that may be nothing. What they are asking for is for the United States government not to support Baghdad [against the protesters.]”

Al-Rahim said if the U.S. continues threatening economic sanctions alone, the most likely outcome is that the situation in Iraq will remain the same in a year. She said the regime will wear out the protesters because it has “nothing to gain” if officials implement the demands made by the protesters.