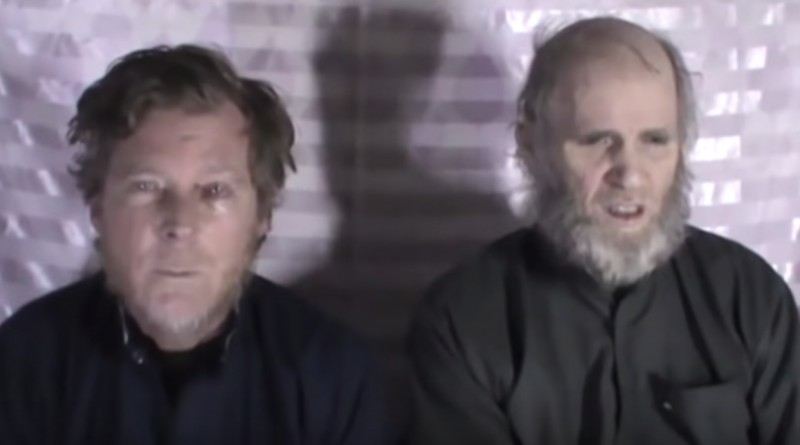 Kevin King, a 63-year old American, and Timothy Week, a 50-year old Australian, were released from Taliban custody after over three years in captivity. In return, the Afghan government released three high-level Taliban commanders, including Anas Haqqani of the Haqqani insurgent group.

The U.S. viewed the “developments as hopeful signs that the Afghan war…may soon conclude through a political settlement,” Secretary of State Mike Pompeo said.

President Donald Trump spoke Thursday with President Ashraf Ghani of Afghanistan to express appreciation for Ghani’s support in freeing the U.S. and Australian hostages. Trump, in a previous tweet on the subject, also expressed hope for “good things on the peace front like a ceasefire.”

Taliban spokesman Zabihula Mujahid said in a Wednesday interview that the professors were provided “whatever was needed” while being held and “were taken care of,” but since both were “aged, they had health issues.”

While recent comments like Pompeo’s as well as from the Taliban and Afghan government have fueled speculation that peace talks between the U.S. and the Taliban would resume, the insurgent group has done its “due diligence” and the next move must come from the United States, Mujahid said. “It is now on the Americans to make this peace agreement possible in order to bring peace in Afghanistan.”

“We have done whatever we can in our capacity to make sure the peace talks succeeded,” he said. “But the U.S. decided to end them completely. Trump just abruptly said that the talks are dead.”

The U.S. and the Taliban were on the brink of peace talks in September when President Donald Trump called them off after a Taliban attack in Kabul, Afghanistan, killed one U.S. serviceman and 11 other people.

Mujahid said that the topic of peace talks was briefly touched upon by U.S. Special Representative Zalmay Khalilzad when the Taliban delegation met him in Doha, Qatar about two weeks ago to discuss the prisoner swap. However, since the focus of the meeting was on the prisoner swap, the issue was not pursued. The State Department has not responded to a request for confirmation about the meeting in Doha.

Talks between key Afghan stakeholders, including the Taliban and government, were supposed to be held Thursday in Beijing, but they have been postponed due to some “disagreements,” Mujahid said.