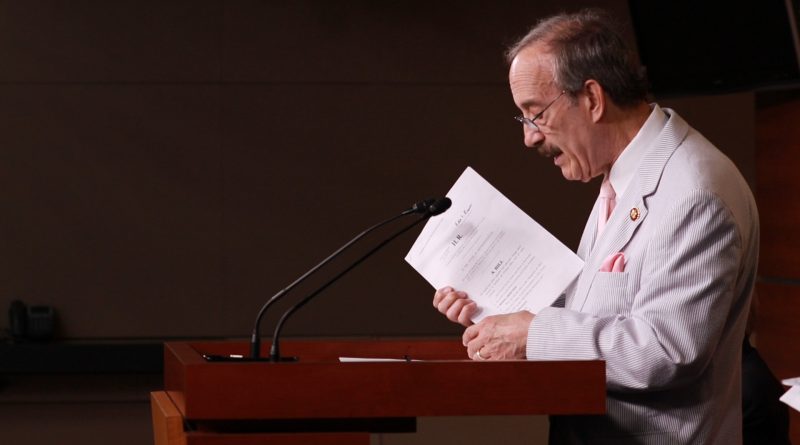 WASHINGTON – As the House passed legislation Thursday to bolster election security, Democrats resurrected a new version of a bill that would go after Russia and other foreign adversaries that meddle in U.S. elections.

House Foreign Affairs Committee Chairman Eliot Engel and Rep. Gerry Connolly, D-Va., said their bill would impose visa bans on entities or individuals found to have influenced federal elections and freeze any assets they hold in the country.

“This legislation makes it clear to the American people that we will do what it takes to protect our democracy, and makes it clear to anyone who will try to interfere that there will be serious consequences,” Engel said.

The measure would include provisions to freeze assets and revoke visas for activities dating back to Jan. 1, 2015. Engel called the legislation a common-sense measure to improve congressional oversight, hold Russia accountable, and prevent future attacks.

Special Counsel Robert Mueller’s March report confirming extensive Russian interference in the 2016 election brought the issue of election interference into sharp focus ahead of next year’s election. President Donald Trump has rejected the notion that Russia played a role in his victory.

“What Russia did was an assault and attack on our nation, just as much as if they came over here with Kalashnikovs and shot at people,” Cohen said.

Connolly introduced a version of the bill two years ago but said the Foreign Affairs Committee, controlled by Republicans at the time, blocked it because the Democrats wanted to acknowledge bad actors who influenced the last election.

“The legislative branch must take protective measures to ensure the integrity of the most sacred activity in a democracy – the election, the vote. Every voter needs to know that no outside power, will interfere with the sanctity of his or her election,” Connolly said.

“It’s my hope that the Republicans in the House and Senate will put country above party and make this bill become law,” Lieu said.

Even if the bill passes the House, it is unlikely to pass the Republican-controlled Senate, which is also true of the bill that the House approved Thursday.

“We need to do everything possible to tell the Russians and Putin that we’re not going to stand for it,” Engel said.